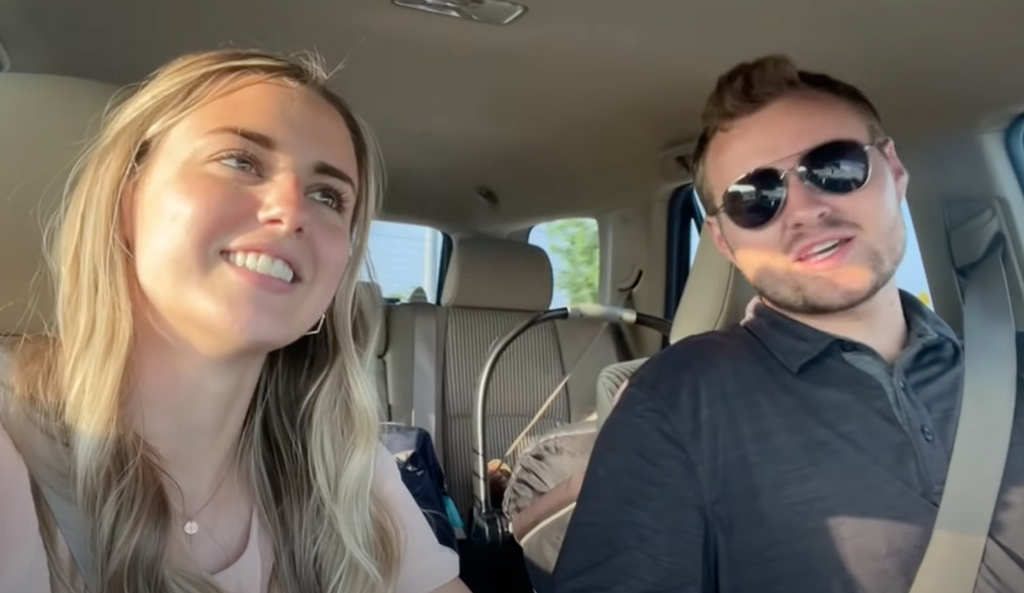 Jedidiah Jed Duggar and his wife Katey are facing backlash for being “insensitive” after making a “tone-deaf” joke about the Covid-19 pandemic while announcing they are pregnant with their first child.

On Monday, the soon-to-be father, 22, who married Katey in Arkansas in April, shared two photos of himself and his wife, with one showing the couple kissing while the other sees him holding Katey in his arms.

In the photos, Katey can also be seen holding a sign that reads: “And then there were three. Baby Duggar Spring ‘22.”

However, in the caption, Jed captioned the pregnancy announcement: “She tested positive, but not for Covid” along with a winking face emoji.

While most of the comments on the post, which have been limited, were positive, Katie Joy, the host of the YouTube channel Without a Crystal Ball, noted on Instagram that the couple had also posed with a sign that included the offensive Covid joke, but had decided only to post it as their caption on Instagram.

“Funny how this isn’t the photo that Jed and Katey posted on Instagram. They did post this in the caption,” she captioned a photo taken from the couple’s YouTube baby announcement, which showed them holding a sign with the message about the virus. “Even though a lot of people have made similar announcements like this – I find it so insensitive.”

Joy then went on to acknowledge that “Arkansas is facing some of the worst with Covid right now due to low vaccination rates”, and that hundreds of thousands of Americans have died from the virus in the last 18 months.

“Katey and Jed shared this photo in their YouTube video but not on Instagram. Which I’m confident was intentional,” she continued.

In the comments under the photo, Joy’s followers condemned the couple over the baby sign message, with many accusing the Duggars, who are recognisable from the show 19 Kids and Counting, of being “tone-deaf” and “insensitive”.

“I hate this. It’s so tacky and distasteful. People are dying,” one person commented, while another said: “This is so tasteless and tone-deaf.”

Someone else wrote: “Having two family members pass from Covid, I find this very tasteless and insensitive.”

The post about the couple’s choice to include the sign on YouTube and in their caption, also prompted another person to suggest that the Duggars knew that the joke was insensitive but did not care.

“They posted it in the caption and then limited comments. So basically they realise it’s insensitive but don’t care,” they wrote.

In the couple’s YouTube video, which sees them surprising their families with the news, they revealed that they found out they were expecting their first child after Katey took a pregnancy test in a Walmart bathroom.

Recalling how her husband had begun tearing up at the news, Katey said: “And then we, like, started hugging in the middle of Walmart. And he was like, crying. And then we went out, and I started screaming in the parking lot.”