Jeanie Buss on whether LeBron, Klutch Sports run the Lakers

There is a growing contingent of Los Angeles Lakers fans who want the team to trade LeBron James.

The biggest reason for that sentiment is the accusation that he and his agency, Klutch Sports, hold too much sway over the personnel and coaching decisions the team has made.

Jeanie Buss, the owner of the Lakers, fired back at those critics the other day.

“Los Angeles Lakers owner Jeanie Buss commented on the notion that superstar LeBron James and Klutch Sports run the team, in an exclusive interview with the Los Angeles Times.

“‘Do they have final say? No. Are they running the team? No, no, not at all,’ Buss said. ‘I am controlling owner of the Los Angeles Lakers, I’m held accountable for every decision that’s made here.'”

No matter what Buss says, it will do little to convince James’ critics that he and his crew aren’t putting the proverbial gun to the head of Lakers management.

James was reportedly the driving force behind trading for Russell Westbrook, as well as signing Carmelo Anthony, two moves that have been questioned and panned by many fans.

Buss, however, also admitted that she does “bounce things off” her franchise player.

It remains to be seen how much influence the four-time MVP will have on who the Lakers hire as their new head coach and who they fill out the roster with this offseason. 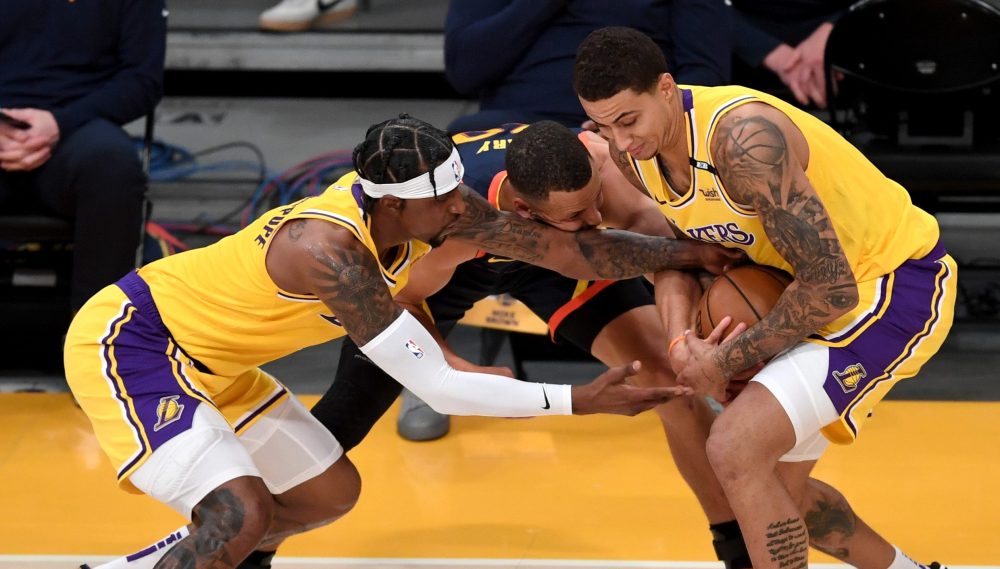