By Denis Campbell and Julia Kollewe 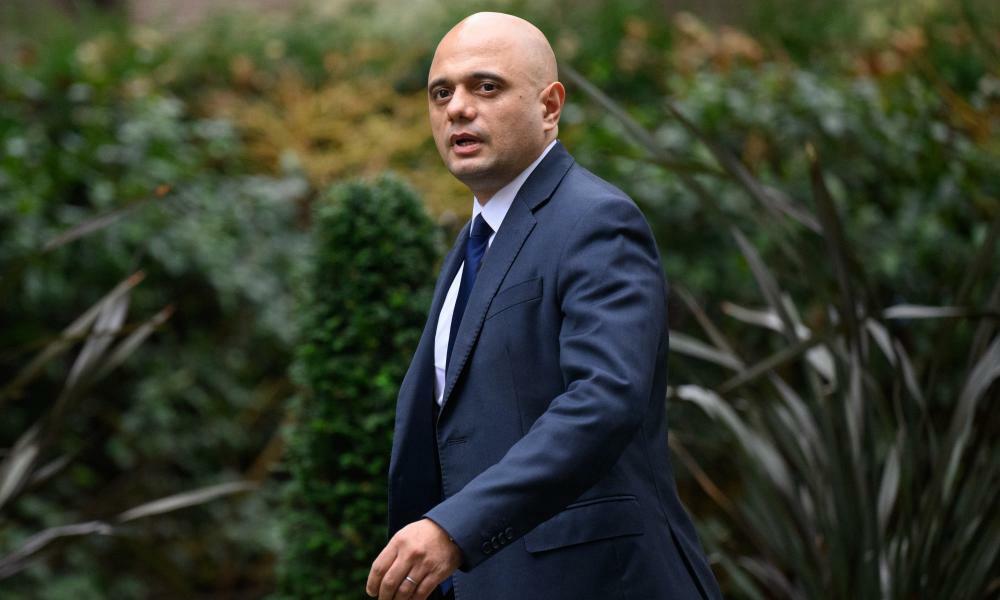 Sajid Javid has ordered the boss of the health service to give private hospitals up to £270m, even though they may not treat any NHS patients in return, despite her deep misgivings about the deal.

The health secretary ignored strongly worded warnings from Amanda Pritchard and instructed her to hand private hospitals £75m to £90m a month from NHS England funds for the next three months, in case they are needed to help manage a new Omicron-driven surge in Covid cases. Operators of the facilities will receive the money as a “minimum income guarantee” simply for being on standby until the end of March to receive NHS patients, even if they treat none.

Pritchard also raised grave doubts about a deal under which her organisation would have to pay independent hospitals up to £525m if they did end up treating any NHS patients.

The extraordinary clash has been revealed in an exchange of letters in which Pritchard, NHS England’s chief executive, laid bare her concerns about a new contract between NHS England and 10 private hospital groups, which was announced on Monday. At the time NHS England stressed that the arrangement had been “struck under the direction of the secretary of state” but gave no further details.

In Pritchard’s letter to Javid, she said either deal would leave the health service “exposed financially” and involved “a material risk that the NHS pays for activity that is not performed”.

Either scenario represented poor value for money for the NHS because private hospitals’ lack of staff meant they could not be relied upon to treat any NHS cases, even if asked to do so, she said.

Daisy Cooper, the Liberal Democrats’ health spokesperson, accused him of meddling by forcing Pritchard to agree to make payments about which she had significant reservations.

“We trust the NHS to plan ahead. They are the experts, not Sajid Javid,” she said. “Interference in the day-to-day running of the NHS at worst leads to meddling and politicisation, and at best creates a bureaucratic nightmare, where no one knows who is in charge.

“We must remember that the two areas Javid’s predecessor, Matt Hancock, had power over were PPE and test and trace, both of which were extremely badly handled.”

Colin Hutchinson, a retired consultant ophthalmic surgeon who chairs the campaign group Doctors for the NHS, which opposes privatisation of NHS care, questioned whether the NHS was in effect helping private hospitals negotiate a downturn in business.

He said: “Do they have the staff to do this or is this deal again bailing them out at a time when they can’t maintain their cashflow from their normal activities?

“The independent sector in healthcare is acting as a parasite, absorbing public funding that could be used to address the workforce crisis within the NHS. It’s being portrayed as being the cavalry riding to the rescue of the NHS, but it is more like a tapeworm.”

The letters show that, in an unusual move, Pritchard requested a “direction” from Javid – an order in effect – on whether or not to conclude a deal with the private sector, given her fear that it would prove a waste of valuable NHS funding and that she might be in breach of her legal duty, as NHS England’s accountable officer, to follow the Treasury’s rules on “managing public money”.

In her letter, Pritchard told the health secretary: “The independent sector is not typically used for medical bed capacity and its staffing model does not easily support significant 7/7 staffed bed capacity. It is therefore not possible to be sure what additional effective medical bed capacity would be available,” should the NHS declare a Covid-19 surge and ask private hospitals to help by taking patients.

While private hospitals had indicated that they could provide “around 5,600 physical beds in surge if required, it is estimated that approximately 2,000 to 3,000 of these beds could be staffed, but the independent sector providers cannot guarantee this to us”.

It is understood that the private hospital groups involved, including Spire, Circle and Ramsay, felt they were due compensation for their facilities going on standby, as doing so could limit their ability to earn money by treating their usual fee-paying private clients. The £75m to £90m a month “minimum income guarantee” is intended to cover that.

Sid Ryan, a researcher at the Centre for Health and the Public Interest, a thinktank that has challenged private hospitals being handed deals to help the NHS during the pandemic, said: “There are real concerns not just on value for money, but on the industry’s ability to deliver too, so it’s not clear why this deal is necessary, especially at this late stage in the Omicron wave.

“The National Audit Office and the Public Accounts Committee must look into this deal urgently, and we expect the department [of health and social care] and NHSE to publish a full account of what the private providers actually deliver under this deal.”

In Javid’s reply, he overrode Pritchard’s concerns and ordered her to conclude the deal. “I recognise the managing public money issues that these arrangements cause for you as the accounting officer,” he wrote. “However … I believe the need to protect NHS services and prevent a further reduction in NHS capacity are compelling reasons to justify their introduction.”

A spokesperson for the Independent Healthcare Provider Network, which represents private hospitals, said: “In response to a call by the government for further independent sector support during the Omicron wave of Covid-19, the new deal agreed will provide much needed additional capacity to the NHS this winter and help to bolster planned NHS care, including the delivery of vital cancer treatment.

“The arrangements also provide the NHS with additional targeted support in the event that local NHS pressures are deemed as unsustainable.”