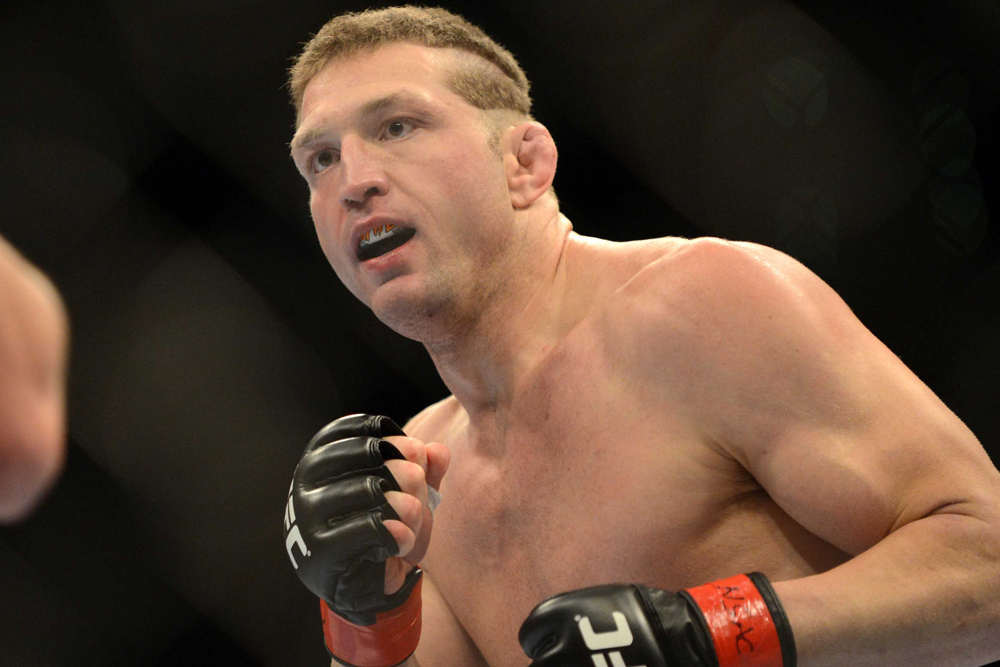 Former UFC fighter Jason Miller has run afoul of the law yet again.

Miller was arrested Friday for felony domestic violence, according to a report from TMZ.

An inmate search through the Los Angeles County Sheriff’s Department shows Miller was arrested at 3 a.m. Friday and booked later Friday morning. He’s being held on bail of $1.385 million.

According to the report, a woman called police, who responded to the call in Los Angeles’ San Fernando Valley. When they arrived, they found the caller exhibiting signs of physical trauma around her face and neck.

When Miller didn’t cooperate with responding officers, the report says, it led to a struggle. After he was Tasered, Miller was handcuffed, taken to a hospital to be checked on, then booked.

It’s just the latest incident between “Mayhem” Miller and police, and not the first time one has involved domestic violence.

In May, Miller was sentenced to 364 days in jail and two years probation for felony vandalism and attempted grand theft. At the time, he already had been in jail awaiting a sentencing hearing.

In July 2019, he was given a yearlong sentence after he pleaded guilty to felony vandalism and misdemeanor violation of a protective order against him. At that time, he again already was in jail for a separate vandalism charge.

He was charged with vandalism in 2018.

In 2017, he pleaded guilty to domestic violence and was given a four-year suspended sentence, plus three years probation.

In 2011, he was charged with assault and false imprisonment when he kept his sister in a headlock at a party and wouldn’t let go. In 2014, he live-tweeted a standoff with a SWAT team outside his house when it arrived for a domestic violence warrant.

Miller ended his fighting career in 2016 with a 28-10 record. He returned from a four-year retirement to fight at Venator FC 3 in Italy and was submitted in the second round.

His resume includes fights with Chael Sonnen, Tim Kennedy, Frank Trigg, Ronaldo Souza and Jake Shields – all losses. But he has key wins over Kennedy, Robbbie Lawler and Denis Kang.