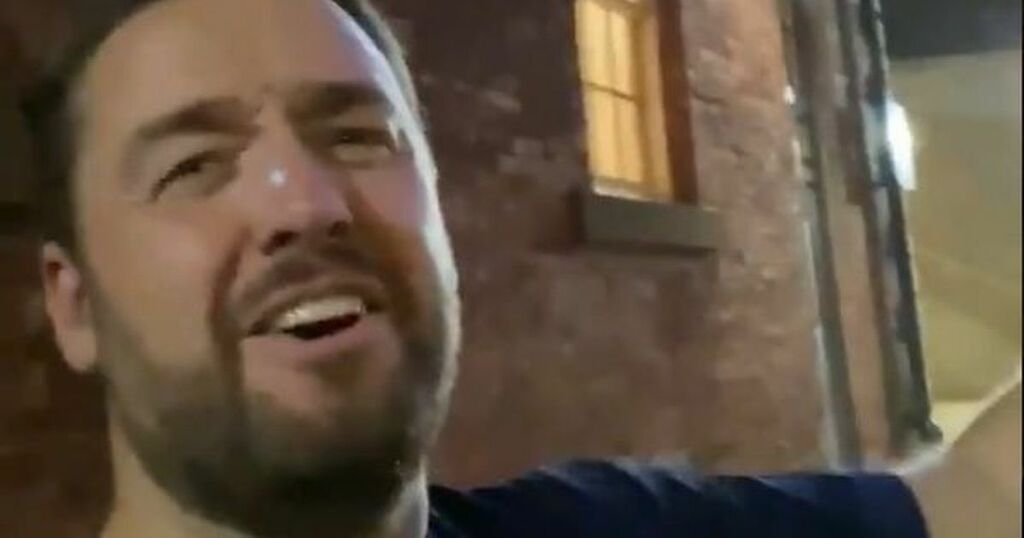 Comedian Jason Manford had a nice surprise after performing a gig on his stand-up tour last night - as he realised that the Manic Street Preachers were performing their own concert across the street.

Manford had just come out of the Square Chapel Arts Centre in Halifax on Friday night when he heard music coming from a nearby building.

It turns it was Welsh rock stars The Manics who were playing at the town’s Piece Hall, less than half a mile from where Manford had been on stage minutes earlier.

Read More: Skins actress breaks both legs and pelvis after being hit by truck

When the comic and TV presenter realised, he couldn’t resist belting out a few lines of one of the band’s most famous and iconic songs.

Turning to the camera, he said: “This is rare. I’ve come out of a gig and The Manics are playing in there!”

He then points at the venue and starts to enjoy the music before singing the chorus to A Design for Life - the smash hit single from 1996 which got to number 2 on the UK Singles Chart and catapulted The Manics into super stardom.

To end the chorus, Manford shouts “A design for.........” before pointing to an unknown man in a vehicle who finishes off the singalong with “life”, much to Manford’s amusement.

The Manic Street Preachers are currently on a tour which will see them perform at Cardiff’s Motorpoint Arena next Sunday and Monday (September 19 and 20).