Jarrod Mullen: 'I'm very humbled and taken aback by it' 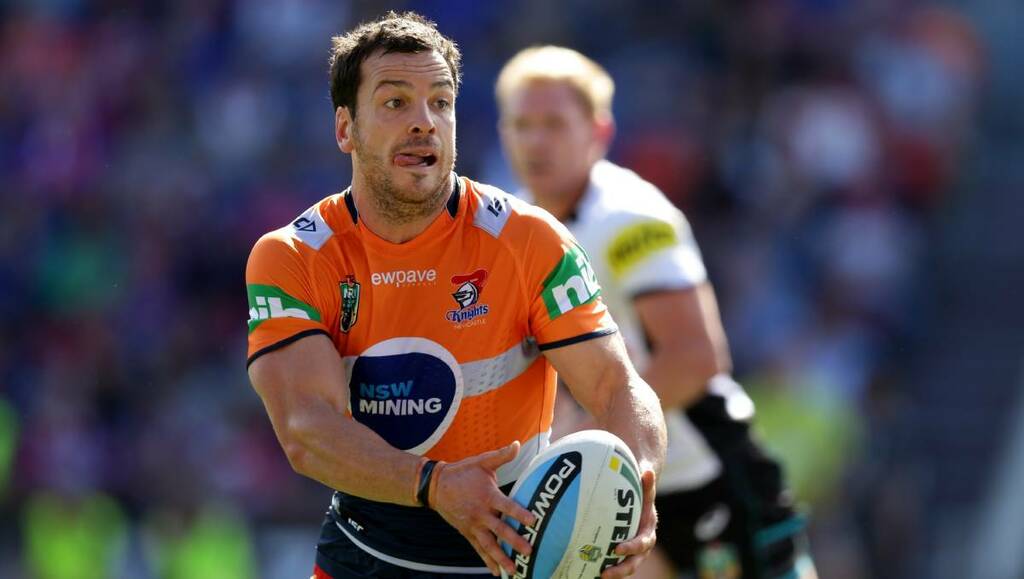 Former Knights captain Jarrod Mullen has revealed he has not yet given up on his dream of returning to the NRL next season after finally being recognised by his old club with life membership.

Mullen, currently playing in the Queensland Cup competition for Sunshine Coast Falcons, admitted it was a massive honour to be at the function to be presented with the accolade.

"It was very surreal when Bedsy [Danny Buderus] rang me about it last week," Mullen told the Newcastle Herald. "I'm very humbled by it and taken aback - I didn't expect it at all to be honest and to go in at the same time as a bloke like Steve Simpson, I felt a bit embarrassed actually.

"It's awesome - something I'll look back on when I finally do retire and really appreciate what it means."

Mullen's 12-season, 211-game NRL career at the Knights came to a controversial end after he tested positive to a banned substance back in November 2016. He was rubbed out of the game for four years and was then banned for a further 12 months on top of that by the NRL following a recreation drug conviction.

That ban ends in the next few months with the 34-year-old still holding out a slim hope of playing in the NRL again despite only playing a handful of games with the Falcons this season.

"I'm going to re-apply to play in the NRL soon and we'll see what happens," he said. "I think it should end in November and if anyone out there is interested, I'll be able to go from there.

"I've trained by backside off to try and get back in the NRL and that's still the goal. I was actually in Adam O'Brien's ear last night telling him I was ready to go and if he needs a left-footed half as a back up, I'm there.

"Pearcey got wind of it too and came up and we had a chat. He said we'd make the oldest halves pairing in history of the game.

"It was just good to catch up with all the boys again. I really enjoyed it."

Asked did he feel like he was now back in the fold as a treasured Old Boy following all the controversy of the past five years, Mullen said:

"I feel like there is a bit of closure there now I guess around my career there at the Knights after how it all sort of finished up on a bad note.

"The club couldn't do a whole lot with anything the way it ended there for me at the Knights with the ban and everything, which is all on me.

"So for them to recognise me now after everything, I can't thank the club enough. Like I said, it's a huge honour and something that I wasn't expecting.

"There are not many life members.

"There is a lot of great people that have been involved with the Knights over the years and a lot of great players who haven't been honoured in this way so to be in there now, it's pretty cool."

Despite some injuries this season that has restricted him to only four games, Mullen says he is fit and healthy and hoping to play a part in the Falcons' finals campaign.

"It's been a bit frustrating and it's hard to put yourself in the NRL window when you are not playing," he said.

"I had a shoulder injury early on and then copped a bad head knock. But I'm raring to go now - I just need the coach to pick me," he said.