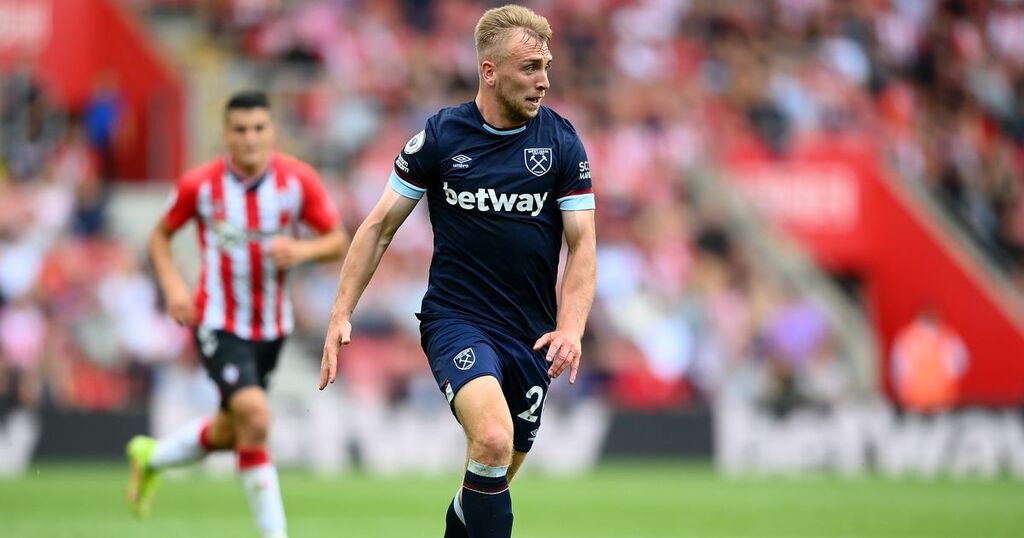 Jarrod Bowen does not feel threatened by the new arrivals at West Ham but is relishing the competition for places in the starting XI.

The 24-year-old has started all of the Hammers' games so far this season and despite not registering a goal or assist yet he has been a vital part of the attacking quartet.

Bowen was West Ham's most threatening player during the goalless draw with Southampton on Saturday and came closest to a Hammers goal when his powerful 68th-minute volley was tipped over the bar by Alex McCarthy.

The Englishman made good contact with the ball but credit must go to McCarthy for a fine reaction save.

"I thought it was in," Bowen told WHUTV. "I just had to try and get a solid enough contact on it. I thought I did and it was going to go in the roof of the net, but the keeper saved it."

With a Europa League campaign to contend with Bowen is not worried about his starting spot and is looking forward to his first taste of European action.

"It’s building on what we achieved last season," he said. "We’ve got the Europa League this season as well, and with the players we’ve signed and the stature they’ve got, they’re only going to help improve the team.

"That’s what we want, we want competition for places, we want as many players as fit as we can because we’ve got a lot of games this season, and we want to make it a special one."

Bowen's place may come under pressure from new signing Nikola Vlasic but with Michail Antonio's red card on Saturday seeing him suspended the former Hull City man could be pressed into action as a striker.

With David Moyes unable to sign the striker he desired Bowen is one of a number of options to fill Antonio's boots against Manchester United, something he did on a number of occasions last season.

"We have seen Yarmolenko playing as a No.9, Jarrod Bowen can play as a No.9 so I feel as if I've got one or two other options," Moyes said last week.

It is not the first time the manager has name-checked Bowen to play as a striker either, last season the manager was confident the 24-year-olf could perform that role.

"If I have to play Jarrod up front then I’m quite happy to do that because he’s done a good job," Moyes said in April.

Moyes reiterated his stance that Bowen is capable of playing through the middle towards the end of the transfer window when the prospect of signing a new striker was off the table.

"If we don't bring in a striker, I have people at the club like Jarrod Bowen and Andriy Yarmolenko, so I might need to find other ways of doing it if we can't bring in a No.9," the Scot said.

West Ham did not sign a striker and with Antonio suspended Moyes' trust in Bowen as a centre-forward will likely be put to the test against Manchester United.