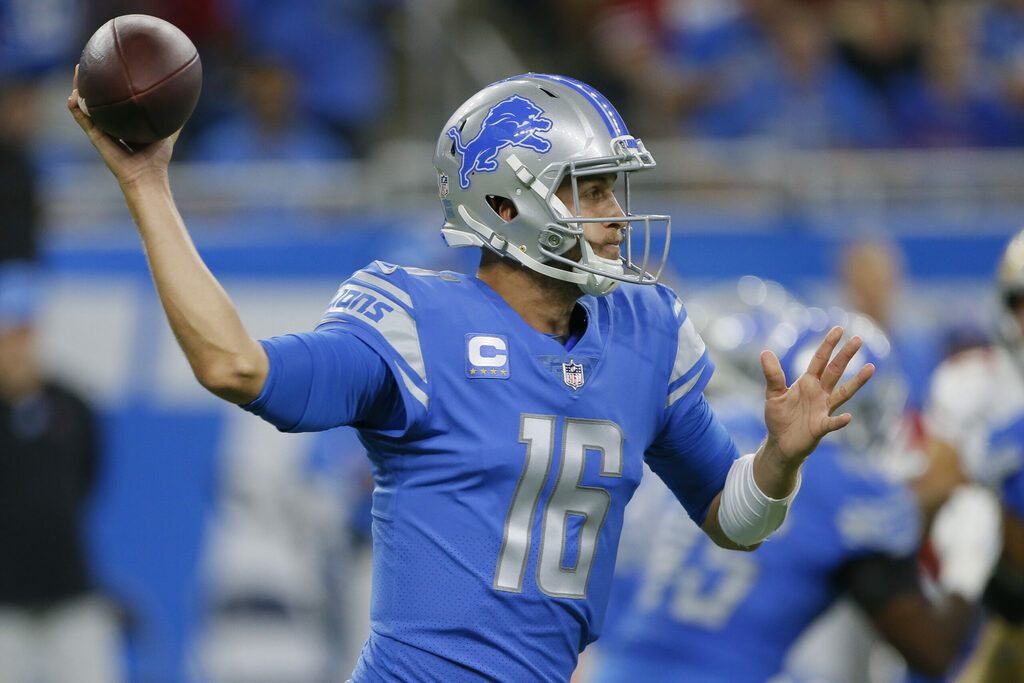 The Detroit Lions have a new coach, quarterback, and attitude. They also have many of the same ol’ problems.

Dan Campbell and Jared Goff were home against the San Francisco 49ers on Sunday as the NFL season opened. The results are looking familiar.

There was a double-digit deficit in the first half. The quarterback acquired from the Los Angeles Rams in the Matthew Stafford trade had already thrown a pass that resulted in six points for the opponents.

Dre Greenlaw picked off the Goff pass and returned it 39 yards and after Robbie Gould’s PAT it was 28-10 for the San Francisco 49ers.

And Lions fans are already thinking about why the NFL added another regular-season game to their lives.