Jared Goff lays out the Lions offensive game plan vs. the 49ers 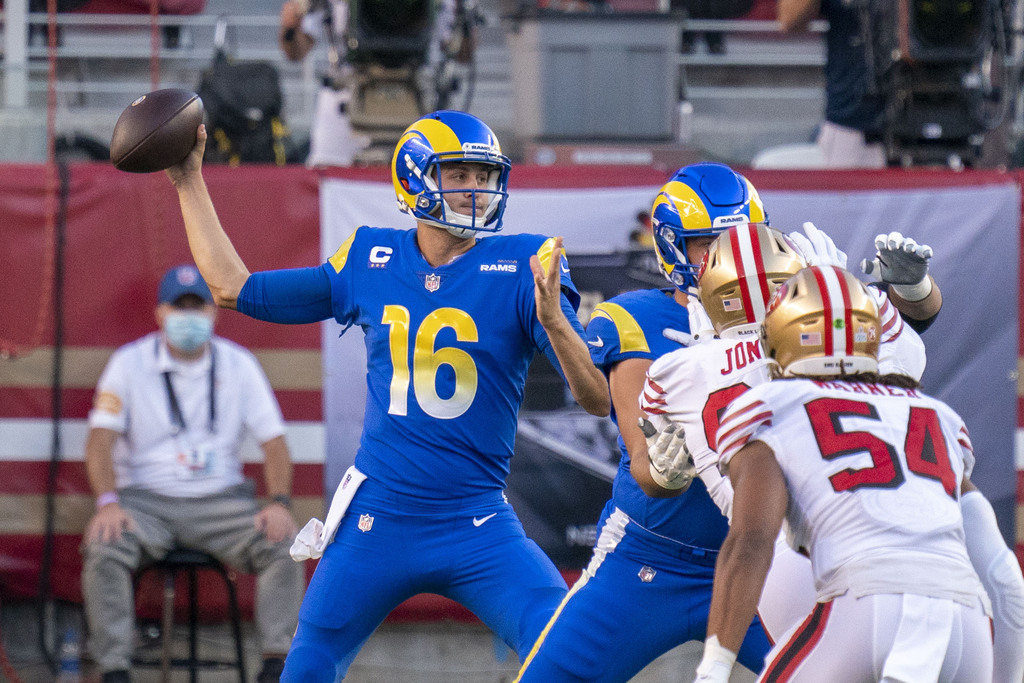 The San Francisco 49ers are a foe that new Lions quarterback Jared Goff knows very well. Goff faced the 49ers twice a year during his five seasons as the Los Angeles Rams’ starting quarterback, and many of those 49ers teams featured stout defenses.

In his media session after Wednesday’s practice, Goff laid out the best way for the Lions to attack the 49ers defense and find offensive success.

“Obviously you want to run the ball,” Goff said. “You want to be downhill … staying efficient on first down is going to be important. Staying efficient, staying out of 3rd-and-long situations where those guys can pin their ears back. I think that’s pretty standard for every week, but definitely specific with these guys and the pass rush they can bring.”

Even though the 49ers have a new defensive coordinator in Demeco Ryans, Goff still expects many of the same things from the San Francisco defense. Ryans takes over for Robert Saleh, who parlayed his success building the 49ers defense into the head coaching position for the New York Jets this offseason.

“It’s always different (with a new coordinator) but you’ve got to think that some of the principles for the years they’ve been successful will remain,” Goff said.

In his eight starts against San Francisco, Goff went 3-5 with the Rams. He completed just 59 percent of his passes and posted a TD/INT ratio of 14-to-6. All of those figures are well below his career averages.