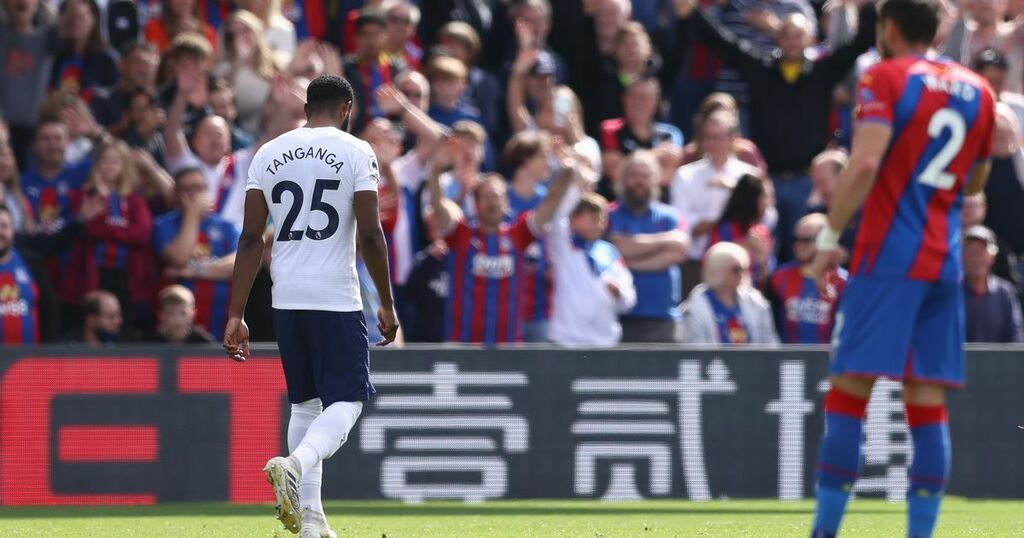 The Englishman was given his marching orders in the 58th minute, when the score was just 0-0, for a second yellow card offence following a poor challenge on Jordan Ayew.

Spurs clearly missed him in his absence, as they went onto concede a Wilfried Zaha penalty and a late double from new signing Odsonne Edouard, helping Palace to their first win of the new Premier League season.

Tanganga's suspension is extremely untimely, especially after his initial partner for the day, Eric Dier, was forced off after just 12 minutes following his own collision with Ayew.

It looks to be a problem with his knee, although no official diagnosis or confirmation has been provided at this stage.

Dier tried to hobble on for the next few minutes but was subsequently substituted for Joe Rodon shortly afterwards.

To make matters worse, two of Nuno Espirito Santo's alternative centre-back options in Cristian Romero and Davinson Sanchez are still having to train in Croatia before being able to return to the UK following the end of their commitments in red-listed South American countries.

They are expected to return soon and their immediate re-integration into the squad will be important now given Tanganga and Dier's individual updates.

Wales international Rodon can partner either of Romero or Sanchez, and could well make an appearance from the start against Chelsea.

Espirito Santo will be hoping Dier's injury is not as serious as perhaps feared, and that his defence can get back to full strength again as soon as possible.