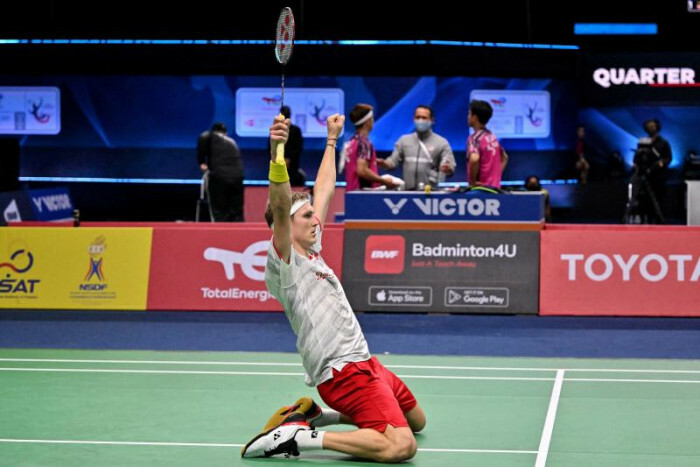 Bangkok (AFP) - It was a day of upsets at Thailand's Thomas and Uber Cup Wednesday with badminton world number one Akane Yamaguchi suffering a stunning defeat at the hands of a teenage rookie, while in the men's competition Kento Momota was also outclassed.

But Japan roared back to beat the Indonesians 4-1 and top Group A. Both teams have qualified for the quarter-finals of the women's Uber Cup.

"It's unbelievable.I didn't expect I'd beat the world number one but I had enough self-confidence that my best would get me something," said Prasista, ranked 333rd in the world.

A disappointed Yamaguchi said the drift in the arena had made it difficult to control the shuttlecock.

"I'm the only reason I lost.I didn't control the match well enough," the 24-year-old told reporters.

In the men's game second-ranked Momota, also from Japan, was upstaged by Malaysia's Lee Zii Jia, who is sixth in the world.

Momota -- who has suffered a run of bad form since a career-threatening car crash in January 2020 -- struggled to keep pace in the first game, losing 17-21.

Lee kept him scoreless for 11 points in the second game, ultimately snatching victory 21-8 in a swift 46 minutes.

"My movement was quite slow today," a devastated Momota told reporters.

Both Axelsen and Lu -- who is ranked 25th in the world -- took dramatic tumbles in the opening four rallies of the first game because the court was not mopped properly.

"The floor was really slippery.I'm pretty frustrated with the court," Axelsen said.