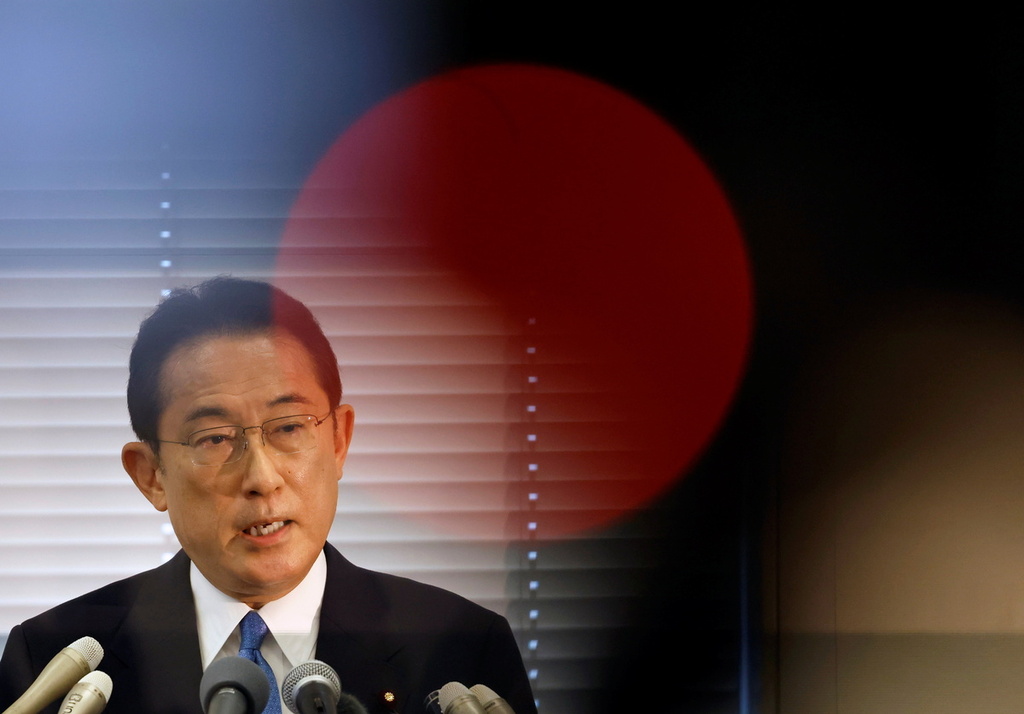 Japan must counter neighbouring China's assertiveness by beefing up the coast guard and improving its coordination with the military, Fumio Kishida, a contender to head the ruling party and become the next prime minister, said on Monday.

Only lawmakers and grassroots members of the ruling Liberal Democratic Party (LDP) will vote for its chief in a Sept 29. election, but candidates' popularity with the public counts, as the winner will lead it into general elections this year.

"The security environment around Japan is getting tougher," Kishida told a news conference.

"We need to strive to ensure maritime safety through such measures as bolstering coast guard capability and allowing them to work with the Self-Defence Forces."

The comments come after China passed a law this year explicitly allowing its coast guard, for the first time, to fire on foreign vessels.

Acquiring the capability to strike enemy targets was a key option to bolstering defence, Kishida added, saying he would not blindly adhere to holding such spending below 1% of Japan's gross domestic product if it was necessary to protect citizens.

Kishida is one of the candidates to succeed Yoshihide Suga after the prime minister's surprise announcement this month that he would step down, ending a one-year term in which his support crumbled as coronavirus infections surged.

The LDP's dominant position in the lower house of parliament ensures that its leader becomes prime minister.

Kishida stressed the importance of protecting human rights, democracy and freedom, adding that, if elected, he would appoint a prime ministerial aide to monitor China's treatment of its Uyghur ethnic minority.

"Through cooperation with countries with which Japan shares universal values, I would raise high the torch of freedom and democracy," the former foreign minister said.

Asked what he would do if the United States or other countries requested Tokyo to boycott the Winter Olympics in Beijing next year, Kishida said Japan would make its own decision, weighing up two-way ties and politics.

The United States is consulting allies on a "shared approach" to the Beijing Olympics, amid criticism of China and calls for boycotts over human rights abuses.

But Japan's ties with China were also important in their own right, he added.

"I believe Japan's relations with China have their own unique importance," Kishida told a subsequent news conference.

As prime minister, Kishida added, he would not rule out the possibility of a summit with Kim Jong Un, leader of neighbouring North Korea, which stirred concern in Japan with its weekend tests of long-range cruise missiles.

In weekend opinion polls on the choice of successor to Suga as head of the ruling party, the minister in charge of vaccines, Taro Kono, emerged as the favoured candidate.

He was chosen by 33% of respondents in a survey by the Asahi daily, followed by 16% for former defence minister Shigeru Ishiba and 14% for Kishida.

The survey also showed that 58% of respondents believed the next LDP leader should not take over the policies of Suga and Shinzo Abe, who preceded Suga.

A similar poll by the Nikkei business daily also put Kono ahead, backed by 27% of respondents, with 17% for Ishiba and 14% for Kishida.

Kono and Kishida have declared their candidacy for the top party post, while Ishiba has not revealed his intention.