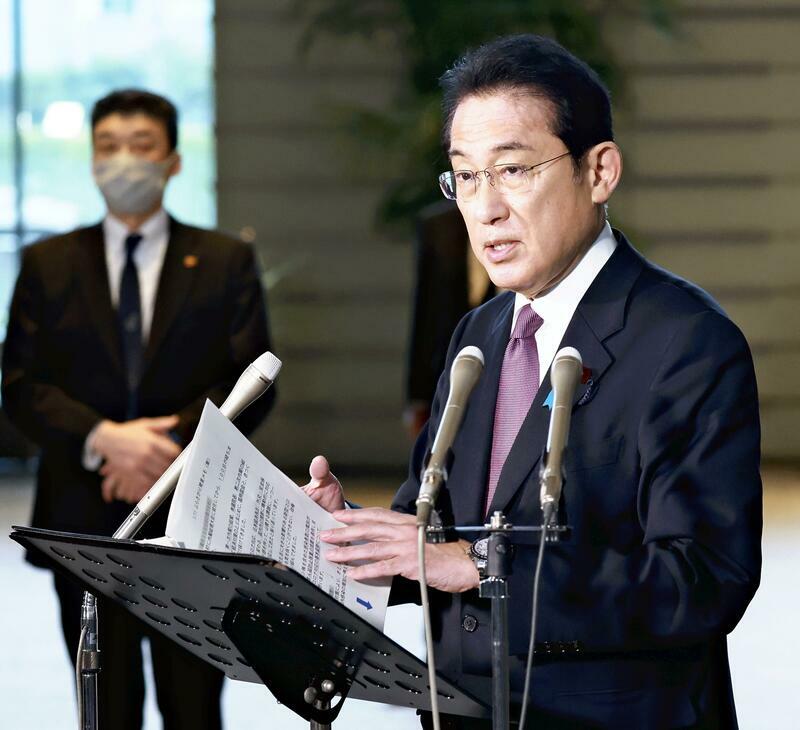 "[The omicron variant] seems to have a higher transmissibility, but also is less likely to cause serious symptoms," Kishida said to reporters at the Prime Minister's Office. "But if the infection spreads rapidly among the elderly, the percentage of people who become seriously ill could increase."

Kishida stressed that the focus will now be on providing prompt medical care to those who have severe or moderate symptoms, and patients who are at a high risk of becoming seriously ill. Care services for people who are mildly ill or asymptomatic will also be strengthened.

The prime minister said the cooperation of associations of doctors, nurses and pharmacists will be sought to help alleviate the burden on public health centers, and revealed that about 16,000 medical institutions nationwide will be handling at-home care.

By establishing a system under which people with mild symptoms can recuperate at home, the government hopes to avoid a situation in which hospital beds run out and medical institutions are put under strain.

The prime minister said he wants to accelerate efforts to revise the criteria for the hospitalization of omicron patients so that medical services can continue to function in areas where infections spread more rapidly than expected.

As university and school examinations will start soon, Kishida said he would ask relevant entities to devise measures for students who cannot take tests on the scheduled dates.

Kishida also said border control measures restricting the entry of nonresidents would be extended through the end of February.

Regarding COVID-19 boosters, Kishida said an additional 18 million doses of the Moderna Inc. vaccine had been purchased so that the rollout schedule for the general public could be expedited.

However, a precise schedule has not yet been decided.

Initially, the government said booster shots would be offered to people eight months after they had received their second dose, but the interval was reduced by 1-2 months for about 31 million people, including medical workers and elderly people.

Kishida said he would ask local governments to accelerate their preparations for the rollout, such as setting up vaccination venues. The government also plans to reestablish mass vaccination venues operated by the Self-Defense Forces and utilize a surplus of 9 million doses to expedite booster campaigns.