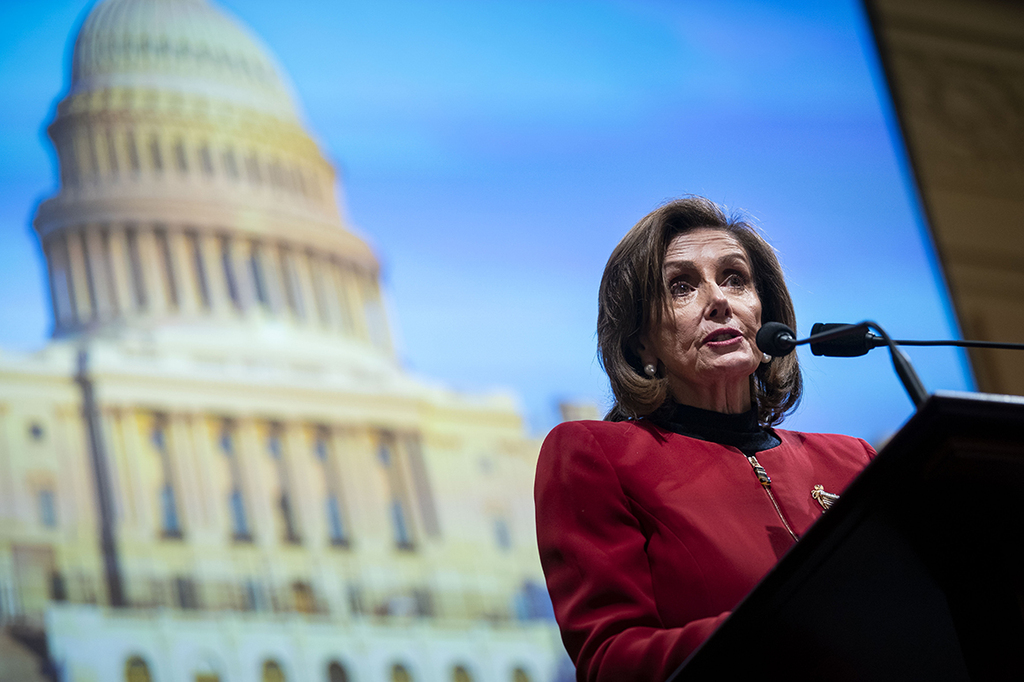 A 2005 select committee that Speaker Nancy Pelosi once derided as a partisan “sham” is now the House’s chief defense against claims that its own Democratic-controlled select committee investigating the Jan. 6 attack on the Capitol is valid even though Republican leaders haven’t appointed any members.

In a late-night court filing defending the Jan. 6 panel’s structure, House Counsel Douglas Letter noted that the 2005 committee — which consisted entirely of 11 Republicans appointed by then-Speaker Dennis Hastert — proved that there is precedent for a select committee operating without a contingent of members appointed by the minority party. That panel, appointed over Pelosi’s objection to investigate the failures of the government response to Hurricane Katrina, was nevertheless a valid exercise of the House’s power, Letter noted. Claims that the Jan. 6 committee is invalid because it lacks GOP-appointed members fail to reckon with this precedent, he said.

It’s the House’s first attempt to fend off a crush of lawsuits challenging the select committee’s authority to subpoena phone and banking records from a slew of close allies and associates of former President Donald Trump. Letter’s filing came in the case of Taylor Budowich, a Trump spokesperson who is seeking to force the committee to return his bank records — which the panel already obtained from JPMorgan Chase last month — by contending that the panel is structurally flawed.

At the heart of the complaints by Trump’s allies is Pelosi’s decision to reject two of House Minority Leader Kevin McCarthy’s five appointees to the panel — Reps. Jim Jordan (R-Ohio) and Jim Banks (R-Ind.) — who Pelosi contended were too intertwined with Trump to be credible investigators. McCarthy then withdrew his other three appointees in protest and has boycotted the panel since.

Trump allies facing subpoenas from the committee have pointed to the absence of GOP-appointed members as evidence the committee is operating improperly and have repeatedly highlighted this in court filings. They say the House’s rules for subpoenas and depositions require consultation between majority and minority members, which is impossible for a panel that has no formal GOP-appointed members — the committee’s two Republicans, Reps. Liz Cheney (R-Wyo.) and Adam Kinzinger (R-Ill.), were installed by Pelosi.

But Letter noted that the resolution creating the Jan. 6 committee explicitly gave Pelosi power to appoint all of its members. Those same rules contemplate the possibility of vacancies and do not require the panel to shut down simply because it doesn’t have a full slate of members.

Perhaps more significantly, Letter argues, Republicans lodged no formal objections when the House debated and voted on two key actions by the Jan. 6 select committee: resolutions holding Trump advisers Mark Meadows and Steve Bannon in criminal contempt of Congress. Republicans could have raised formal “points of order” challenging the select committee’s validity at the time, Letter noted, but they did not and both resolutions passed — with a smattering of Republican support.

“[I]t is inconceivable that the full House would adopt the product of a body that was invalid,” Letter said.

At the root of the House’s argument is the long-held principle courts give overwhelming deference to Congress to create and interpret its own rules. Courts are reluctant to tell lawmakers how to police their own internal matters so long as there are no clear violations of law or the constitution.

Like the Katrina select committee — and a subsequent GOP-led panel to investigate the deadly attack on a U.S. consulate in Benghazi — the Jan. 6 select committee only required Pelosi to “consult” with McCarthy before making appointments. And the procedures don’t specify how extensive that consultation must be or whether Democrats must heed McCarthy’s input.

The House’s formal argument came just hours after McCarthy spurned the committee’s request for his own testimony about his interactions with Trump on and after Jan. 6. McCarthy lodged similar arguments about the validity of the committee in his own statement refusing to participate, calling it “illegitimate.”

The ruling in Budowich’s suit is poised to be the first to reckon with challenges to the Jan. 6 committee’s authority and could have implications for similar suits filed by Trump allies like former national security adviser Michael Flynn, attorney John Eastman, pro-Trump broadcaster Alex Jones and others resisting the select committee’s subpoenas for their records.

In his filing, Letter notes that Budowich had already turned over portions of his financial records showing he played a role in financing the Jan. 6 rally that preceded the attack on the Capitol. Subpoenaing his bank records was a logical next step in the investigation, Letter said.

“The documents gathered from JPMorgan Chase will also allow the Select Committee to verify the information already provided to it by Budowich and determine whether further inquiry is necessary,” he argues.

More fundamentally, Letter argues that suing the committee to force it to return documents is prohibited by the Constitution, which courts have said restricts the ability of the judiciary to force Congress to return materials in its possession.

Budowich also challenged the Jan. 6 committee’s “legislative purpose,” contending that its subpoena for his records exceeded the panel’s mandate to investigate the attack on the Capitol. But Letter noted the committee has offered detailed explanations of its mission to craft policies aimed at preventing a future threat to the transfer of power — and those goals were affirmed last month by a federal appeals court in a separate lawsuit brought by Trump himself.

Letter drew inspiration from House Republicans’ prior precedents in another way too: the efforts by former House Intelligence Committee Chair Devin Nunes (R-Calif.) to obtain the financial records of Fusion GPS, the firm hired by the Clinton campaign to produce opposition research on Trump in 2016.

At the time, Fusion challenged Nunes’ efforts in court, contending that forcing it to turn over records of transactions would violate its First Amendment rights. Budowich made similar arguments to protect his firm Conservative Strategies from being forced to disclose client records.

But a federal judge rejected Fusion’s argument, contending that commercial transactions do not enjoy the same First Amendment protections that political speech and associations do.

“Likewise, here, though the work of Budowich’s clients may include conduct protected by the First Amendment,” Letter said, “the disclosure that he and his company assisted those clients in that work is not.”