The House quickly took up and passed its response to a Senate proposal on how to overhaul a 135-year-old law governing the counting of presidential electoral votes, sending the hot-button issue back to the other side of the Capitol.

The final tally Wednesday was 229-203, with nine Republicans voting in favor. Among them was Liz Cheney of Wyoming, who joined with House Administration Chair Zoe Lofgren to introduce the bill Monday after months of anticipation.

Cheney and Lofgren are members of the select committee investigating last year’s Jan. 6 attack on the Capitol by a pro-Trump mob. The pair want to revise the Electoral Count Act of 1887, a law then-President Donald Trump’s supporters sought to exploit as part of an effort to stop Congress from counting electoral votes and declaring Joe Biden won the election.

The other Republicans who voted for the bill are Adam Kinzinger of Illinois (another Jan. 6 committee member), Jaime Herrera Beutler of Washington, Anthony Gonzalez of Ohio, Chris Jacobs of New York, John Katko of New York, Peter Meijer of Michigan, Tom Rice of South Carolina and Fred Upton of Michigan.

All the Republicans either lost their primaries or have announced they will retire at the end of this Congress, and only Jacobs did not vote to impeach former President Donald Trump.

Dan Newhouse of Washington and David Valadao of California, two other Republicans who voted to impeach Trump but are still on the ballot in November, voted with most of their Republican colleagues against the bill.

Though there’s bipartisan support in both chambers to update the electoral law, time to get it done before the end of this Congress is slipping away. And the House bill, with Cheney’s name behind it, may prove to be a nonstarter for Republicans who have largely ostracized the Wyoming Republican.

House Republicans criticized Cheney and Lofgren’s effort as a political exercise, and Senate support of their bill in its current form is unlikely.

In the Senate, a separate bill addressing changes to the ECA was released in July as part of a package shepherded through months of negotiation led by Sens. Joe Manchin III, D-W.Va., and Susan Collins, R-Maine. A markup on that bill is set for Sept. 27 in the Senate Rules and Administration Committee, days before the Senate is slated to leave town for a break ahead of November midterm elections.

The Senate’s bill is co-sponsored by 10 GOP senators — the number needed to overcome a Senate filibuster. It’s not clear whether all 50 Senate Democrats would vote in favor of the bill, though it picked up a few more Democrats as co-sponsors in recent days.

“Our bill is backed by election law experts and organizations across the ideological spectrum,” Collins said in a statement. “We will keep working to increase bipartisan support for our legislation that would correct the flaws in this archaic and ambiguous law.”

The two bills share many similarities, such as clarifying the vice president’s role when electoral votes are counted as “ministerial.” But they differ in other ways on overhauling the Electoral Count Act of 1887, which governs the acceptance of presidential votes by Congress.

Under the House version, the threshold needed for Congress to consider an objection to a state’s Electoral College votes would rise from a single objector in each chamber to one-third of each chamber. The Senate’s bill’s threshold is one-fifth.

Lofgren and Cheney’s bill also addresses some issues that arose in the aftermath of the 2020 presidential election differently from the Senate’s bill, including when states could declare a “failed election” and substitute electors approved by voters.

The House bill does not address provisions related to the presidential transition, which Senate lawmakers included in their legislation.

Members of the moderate Problem Solvers Caucus had introduced a House companion version of the Senate’s bill last week.

At a Tuesday House Rules markup that teed up Wednesday’s vote, Rep. Rodney Davis conceded that updates to the ECA bill are likely needed, but predicted that Cheney and Lofgren’s bill wouldn’t be the one to get across the finish line.

“The Senate’s bipartisan proposal was also introduced here in the House, so why isn’t that our starting point?” he said, decrying the lack of markups or hearings on their bill. “I urge everyone on this committee to oppose this bill and instead work in a serious, bipartisan manner to make the electoral count process better — not more political.”

On the House floor Wednesday, Lofgren, who responded to Davis after he reiterated his concerns, said she expects the two chambers to reconcile their versions of the bill.

“The Senate will pass a bill — they’re doing a markup in the Rules Committee next week — and if they are different, there’s generally a conference committee,” she said.

A Senate aide close to negotiations on the chamber’s bill said the most fundamental issue between the two pieces of legislation focuses on how lawsuits can be taken up in federal courts.

“This was the hardest issue for the bipartisan Senate group to resolve,” said the aide, who requested anonymity to speak freely about the group’s thinking.

Sen. Thom Tillis, a member of the bipartisan Senate group, said he expects to meet with his colleagues in the coming week to discuss what position they would take on the House bill. For now, he’s looking toward the Senate Rules markup, where there’s always the potential for something unexpected, though he doesn’t foresee major changes.

“It’s a consensus bill,” he said. “We want to maintain the integrity of it.” 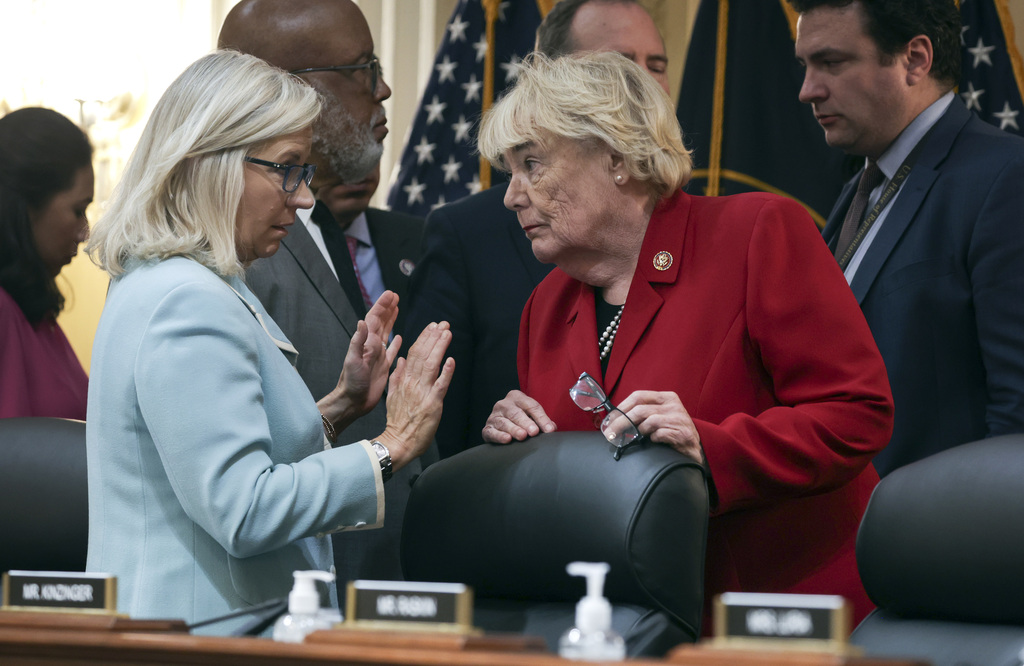 The House just passed a bill that would make it harder to overthrow an election
The bill would amend the Electoral Count Act, which legal experts have called vague and confusing. The legislation is similar to a somewhat narrower bill from a bipartisan group of senators.

WEKU
From analysis to the latest developments in health, read the most diverse news in one place.
House passes plan to head off future Trumpian election challenges

The legislation won't pass the Senate in its current form, but Democrats see protecting the transition of presidential power as a potentially winning issue in November.

Politico
McConnell seeks a Jan. 6 mop-up on his terms

The Senate GOP leader didn't vote to convict Donald Trump after lambasting him over the Capitol attack. But he's poised to embrace post-riot reform even as House counterparts resist it.

The two chambers are preparing to tango over their respective bills despite only slight differences, including the number of members required to consider an election objection.

Politico
One place to find news on any topic, from hundreds of sites.
What's in the House, Senate bills overhauling Jan. 6 count

The central idea behind House and Senate bills to reform an arcane federal election law is simple: Congress should not decide presidential elections