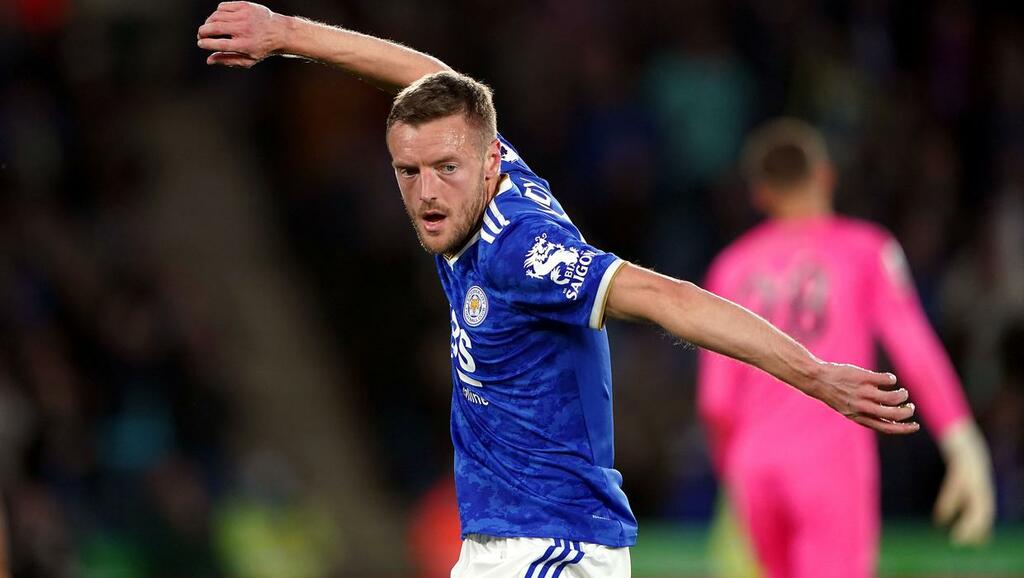 Vardy has 14 goals despite an injury-hit season

Two goals from Vardy, his first since 1 March, and one from James Maddison gave Leicester a 3-0 home win…

Irish Independent
One subscription that gives you access to news from hundreds of sites
Harvey Barnes: Leicester never lost confidence despite poor run of form

The striker’s second-half brace and James Maddison’s goal lifted the Foxes to 10th in the Premier League with a 3-0 win.

Victory against the rock-bottom Canaries ended a seven-game winless run but the hosts barely needed to get out of second gear.

Angus Gunn made several fine saves for Norwich and Teemu Pukki hit the post but the Canaries were left wanting after the break.

Dean Smith’s side slipped to a 12th defeat in 14 games and are just playing out time before their return to the Championship.

Gunn, in for the dropped Tim Krul, last played Leicester in Southampton’s 9-0 defeat to the Foxes in 2019 and had some demons to exorcise.

Krul’s recent error-strewn performances had given the 26-year-old a chance and he answered any early questions in the opening 12 minutes.

Yet the Foxes were vulnerable on the break and were almost undone by Max Aarons’ ball down the right for Milot Rashica.

With Tony Springett, making his full debut, alone in the box the winger crossed only for Kasper Schmeichel to parry the ball at his feet and then save Pukki’s rebound.

Leicester had let the Canaries off the hook after a bright start but they were still able to carve out chances and Gunn stuck out a leg to keep out Ademola Lookman after excellent work from Kiernan Dewsbury-Hall.

But it was the visitors who should have gone in at the break ahead when, in first half injury-time, the industrious Springett harried Maddison to win the ball and send Pukki scampering towards goal.

He twisted Daniel Amartey to leave the defender on the deck and had just Schmeichel to beat but slammed his shot against the near post.

It proved a costly miss for the Canaries as Leicester grabbed a quickfire double to race 2-0 ahead.

They found the opener nine minutes after the break when Harvey Barnes sent Vardy dashing down the left and he cut inside with Grant Hanley for company.

The Scotland international tried to delay the striker but was left helpless as Vardy’s shot hit his standing foot to loop over the stranded Gunn.

Eight minutes later Vardy doubled the lead when he again combined with Barnes to lash in his 14th goal of the season from 10 yards.

Leicester were in cruise control and made it 3-0 with 20 minutes left with a goal for former Canary Maddison.

The Foxes were given plenty of time around the Norwich box and when Gunn parried Dewsbury-Hall’s cross Maddison, who moved from Carrow Road in 2018, lashed in the loose ball.

Vardy has 14 goals despite an injury-hit season

Two goals from Vardy, his first since 1 March, and one from James Maddison gave Leicester a 3-0 home win…

Irish Independent
One subscription that gives you access to news from hundreds of sites
Harvey Barnes: Leicester never lost confidence despite poor run of form