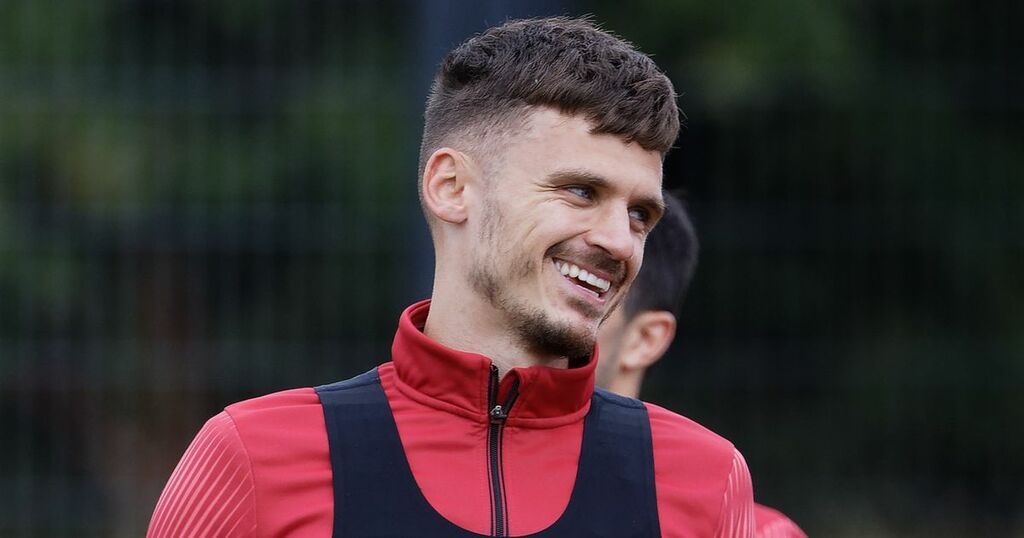 The Swans named a relatively strong side to take on the Saints in the third-round encounter, although key players such as Matt Grimes and Olivier Ntcham started on the bench.

Other fringe men including Brandon Cooper, Liam Walsh, Liam Cullen and Michael Obafemi were given the chance to play from the outset against Ralph Hasenhuttl's men.

But Paterson was left out of the squad all together along with Joel Latibeaudiere.

"He's [Paterson] isolating. I think the majority of the squad have had it over this period but only one with symptoms. Pato's not that one," said the head coach.

"We're being asked to test every day. It's going to come up at some point.

"The fortunate thing for us is that even the one player who had symptoms, they were very mild. The rest have had no symptoms at all.

"Their biggest frustration is that they've felt great at home and they're having to sit at home for 10 days and then come back in, so we have to be a bit patient with them, we can't go straight into it after 10 days off, even though they felt well.

"So there's protocols to follow to avoid injury, so that is what it is, and hopefully we're over the back of it now and we can move on."

In addition to Swansea's squad, the club's coaching staff have also been impacted by Covid-19 over the festive period.

The scheduled matches with Queens Park Rangers, Millwall, Luton Town and Fulham were all postponed, meaning Swansea's cup defeat to Southampton was their first match since being beaten 4-1 by Nottingham Forest on December 11.

But Martin has revealed several players will be better off having got game-time under their belts in the FA Cup.

"Kyle Naughton and Ryan Manning have been off until this week isolating. Grimes and Oli were on the bench because they couldn't start because they've been isolating, so we're quite a way from being 100%. But the minutes the lads got today will definitely help us get there.

"The doctor Jez [McCluskey] has been fantastic, and the medical team.

"We've been without a lot of staff as well so that has to be taken into account. It's been a time like no other, but hopefully with the amount of people who have had it, it doesn't come knocking again."

Swansea return to action against Huddersfield Town at The John Smith's Stadium on Saturday.