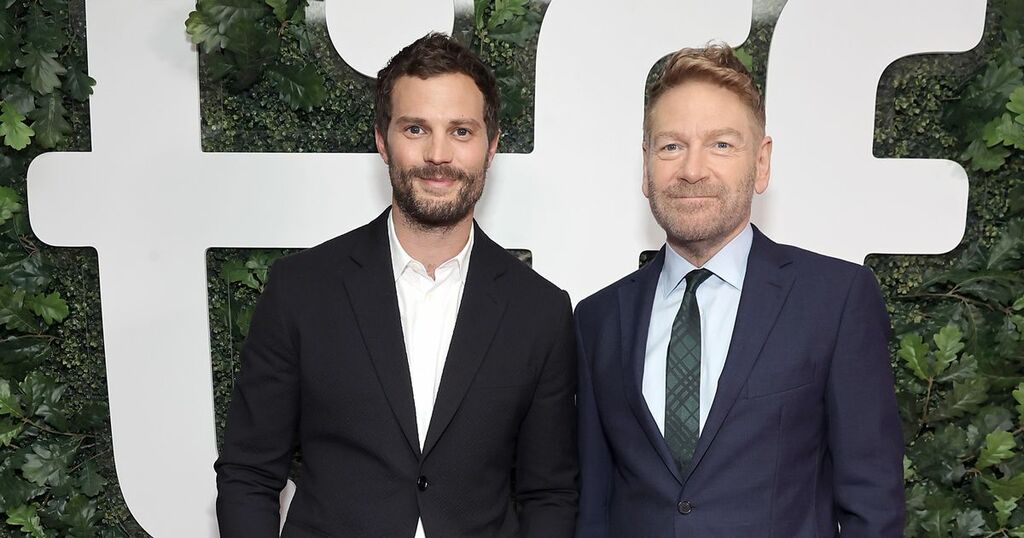 Jamie Dornan and Kenneth Branagh have opened up on their relationship with Northern Ireland as the movie Belfast is soon to be released.

It is a semi-autobiographical film following Branagh's upbringing in the city at the dawn of The Troubles in the late 1960s.

Speaking to Variety alongside Dornan at Toronto Film Festival, Branagh said: "As we all know 18 months ago we went into this very unsettling lockdown that was so difficult for everyone.

"It seemed to bring to the surface something that I'd been thinking about ever since the events of this story happened 50 years ago. I began to realise we went into our own lockdown, a lockdown that went from a very stable, happy settled life where one working class family in one street, one part of town, your neighbourhood … in a single day, everything literally from the ground underneath your feet turned upside down, and all that the uncertainty that followed that ignited [this story], I think, when our own experience of a lockdown kicked in.

"A story of this nine-year-old boy who tried to navigate his way with his family through this catastrophic period of change is really what came out.

"Some of it is heartbreaking and some of it I think, it's quite heartwarming."

Talking about the city that Dornan was "born, bread and buttered" in, Jamie said: “I left Belfast 20-years-ago when I was 19, and I think about it all the time, my family’s still there, so as a result of that initial lockdown I was thinking of home so much.

"My head was very much in that part of the world."

At the centre of the film 'Belfast' is Buddy, a young boy on the cusp of adolescence, whose life is filled with familial love, childhood hi-jinks and a blossoming romance.

With his beloved hometown caught up in increasing turmoil, his family faces a momentous choice – hope the conflict will pass or leave everything they know behind for a new life.

The Holywood man takes on the role of 'Pa' who is a hard-working, working-class father.

“Even before the conflict began, there’s something about the people in Belfast; they’ve always been against it a wee bit. It’s never been a particularly easy place to live. Since 1920, basically there’s a certain divide that’s caused friction.

"That really resonated with me that idea of like... if my family was now put in that situation and overnight everything changed and there was danger outside the door where there used to be peace.

"I feel as a father now I can recognise the moves that I would make to ensure the safety of my family.

Belfast is set for general release on November 12 through Universal Pictures.