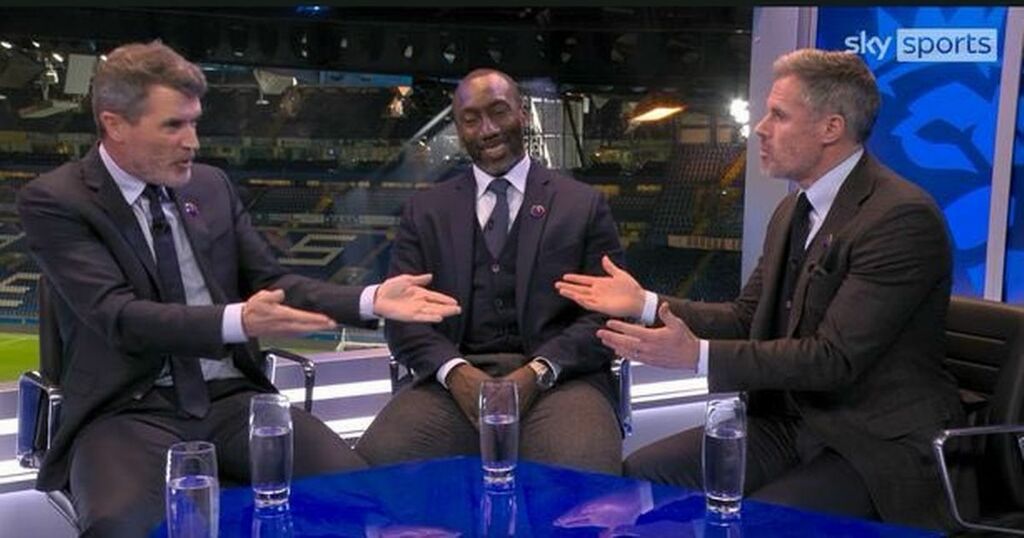 The former Liverpool defender has prompted to pick his Monday Night Football colleague Gary Neville, but refused to take the bait. Carragher and Neville locked horns on the pitch during their playing days and now do so as pundits for Sky Sports.

But it was midfielder Keane who Carragher named, which will surely go down well with Neville. When asked about his favourite United player of all time, the Liverpudlian simply replied: "Roy Keane."

Carragher and Keane faced off in the Premier League 19 times, 17 of which came in the brutal United vs Liverpool derbies, with the latter coming out on top on 10 occasions.

Keane and Carragher were involved in a heated exchange this season as pundits over Michael Carrick's decision to bench Cristiano Ronaldo.

The 36-year-old did eventually figure as the Reds held the then-league leaders Chelsea to a draw amid questions over Ronaldo's role under incoming interim boss Ralf Rangnick.

Jamie Carragher said: "I think Rangnick will not cause himself a problem by putting Ronaldo on the bench but this idea of Ronaldo playing every minute I don’t think is right. I think going away to big games I can understand why Carrick didn’t start him. He’s 36. Ronaldo is not the player he was but I don’t think it should be a big story if he doesn’t start every game."

To which Keane responded: "Ronaldo, if you bumped into him in the car park you see a guy who’s won everything come back to lift the club - of course he wants to play in these games. Not everyone’s played 800 games in their career, if you’re watching United today you still think if Ronaldo is on the pitch, if the ball falls to anyone in world football, even at 36, it’s Ronaldo.

"It’s not as if he hasn't scored and he’s not interested, he’s on it but then he’s getting the blame for the high press. He’s not pressed for five or six years. He’s not going to fix United’s problem but you don’t bring Ronaldo back to sit on the bench."

We’ve teamed up with LiveScore to invite fans to vote for their favourite results - the games which were much more than a score. Vote for the match that mattered to you here.