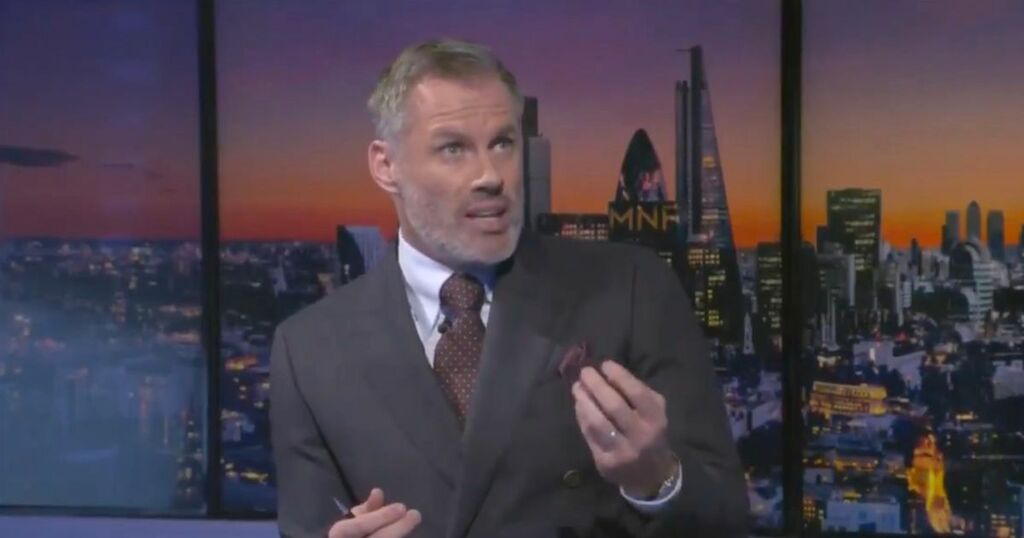 Gary Lineker and Jamie Carragher have become embroiled in a Twitter spat over Lionel Messi.

It comes after a TV debate between the Liverpool legend and Gary Neville on Sky Sports' Monday Night Football after Everton's 3-1 win over Burnley.

With Cristiano Ronaldo back in the Premier League, the Manchester United star was always going to be the topic of conversation.

Especially in a summer where Messi has also made a major summer move, leaving Barcelona for nothing to join Paris Saint-Germain.

The debate over who is better will rage on for years to come but Carragher was firmly in Messi's camp whereas Neville stuck close to his pal Ronaldo.

A graphic was brought up of both players' stats, including their trophy hauls and goals scored - but the numbers shown were wrong.

On Messi's side, his Copa America victory was not counted on international trophies - which read 0.

The Argentine has actually got four Champions League medals - not three - though there is a debate over whether that should be counted after not appearing in the latter stages of the competition in 2006.

The mistake was spotted on Twitter by many accusing Sky Sports of showing bias towards Ronaldo, while Lineker also got involved.

He sarcastically remarked: “To be fair, it’s such a long time since Messi led Argentina to victory in Copa America, they’re entitled to forget it.”

One user replied: “Ridiculous isn't it - and one of the international trophies they've included for Ronaldo is the Freakin' Nations League. Yet couldn't include the Copa America. Nobody mentioned it either.”

That prompted Lineker to say: “Also 4 Champions Leagues not 3.”

That was when Carragher waded in with a catty reply, saying: “We made a mistake on a graphic over Messi’s international honours.

“We don’t have autocue on MNF so I’m sure you’d also make a mistake now & again.”

Lineker hit back: “Yes, we do, and when they happen, they’re quite rightly pointed out.”

Carragher came back with venom, though, replying: “Not by anyone on MNF, as we realise it’s not easy.

Whose your money on, Lineker or Carragher? Comment below

“I know you spend the majority of your time on twitter but just look after MOTD & we’ll do the same on MNF. If you ever want to come on with no autocue you’re welcome.”

Lineker wasted no time replying, retorting: “You seem to be picking fights with everybody these days. I hope you’re alright, Jamie.”