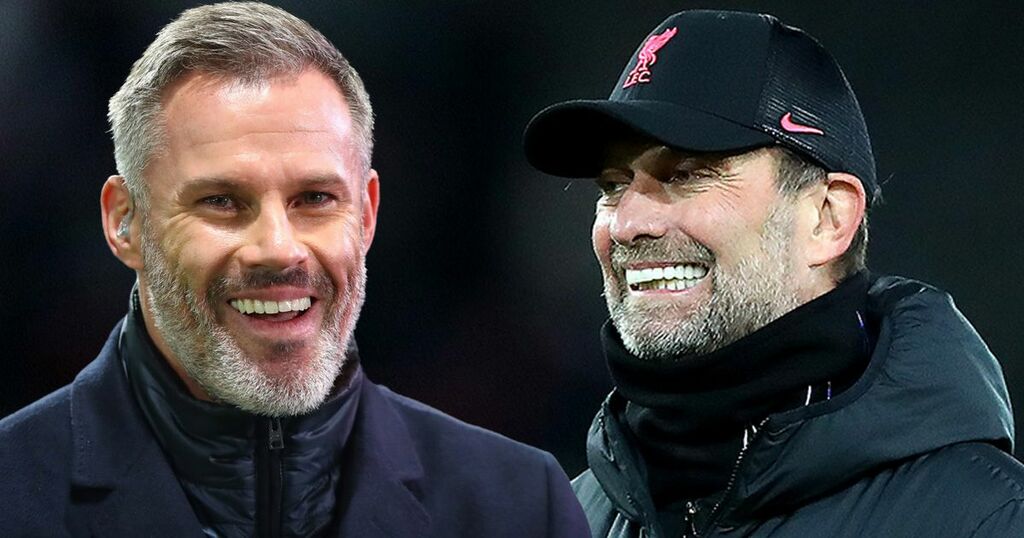 Jamie Carragher has claimed Jurgen Klopp has not won enough during his seven-year reign as Liverpool boss despite the German overseeing one of the most successful chapters in the club's recent history.

Klopp has secured a sixth Champions League crown for the Reds as well as winning Liverpool's first ever Premier League title and their first league crown in three decades.

Liverpool's title charge has taken a significant dent this season as they find themselves 11 points adrift of table-toppers Manchester City though they have played a game less.

The Reds remain in the hunt for silverware elsewhere, Klopp's side still in all three other competitions - the two domestic tournaments never won by the current Liverpool boss.

HAVE YOUR SAY! Has Jurgen Klopp won enough as Liverpool manager? Comment below

Liverpool are in the final-four of the Carabao Cup and have already teed up a fourth round clash with Cardiff City in the FA Cup.

Despite his previous honours while at Anfield, Klopp's output as Liverpool manager has been called into question by Reds legend Carragher.

"When I look at Jurgen Klopp’s team now and how good they’ve been, how much we’ve loved them, the football they’ve played I don’t actually think they’ve won enough," the former Liverpool central defender explained.

"One league and a European cup is fantastic, of course it is, but you think of what Man City have done and certainly Chelsea in terms of picking up cups - you can’t win the league or the European cup every year.

"It’s very difficult so to pick up an FA Cup or Carabao Cup I think does make a big difference."

The Reds are one game away from a date with Chelsea at Wembley for the League Cup final but will have to overcome Arsenal at the Emirates first.

Liverpool were left frustrated in the first leg of their Carabao Cup clash against the Gunners, playing out a cagey 0-0 draw at Anfield.

The Gunners were reduced to 10 men with less than half an hour played after Granit Xhaka picked up the fifth red card of his Arsenal career.

Despite this, the Reds were restricted to just one chance over the course of the 90 minutes which fell to the feet of Takumi Minamino with the goal glaring.

Rasmdale's attempted punch had left him in no man's land and the Japan international blazed his effort over the bar just before stoppage time.

Klopp's side managed just one shot on target across the whole 90 minutes against 10 men, a damning indictment of their attack without Mohamed Salah and Sadio Mane.

The talismanic duo are away on international duty with their respective nations at the Africa Cup of Nations.