Jamia Millia selected candidates for PhD. Then refused to admit them

On September 12, social media was abuzz with allegations of a “PhD seat scam” at Jamia Millia Islamia University. Several students, it was said, had been denied PhD admission despite clearing the entrance exam and the interview.

At the AJ Kidwai Mass Communication Research Centre, the prospective candidates claimed they were selected for PhD positions, but then denied admission. They were told when they went to complete the paperwork that there was a new list of selected candidates out – and they weren’t on it.

It was the same story in some other departments. Hashim was on the list of candidates provisionally selected for the PhD programme in the Geography department. When he went to complete his admission on September 12, he was turned back.

“After passing the entrance exam, I was called for the interview and presentation on the basis of my synopsis and research proposal, and named in the final list. I reported with all the requested documents, only to be denied admission,” he said.

Hashim was told the department didn’t have a supervisor in his proposed field of research. “But all this is decided at the time of interview,” he complained. “They have known about my topic since I submitted my synopsis. It was on that basis that I was named in the final list. On what grounds can they stop admission now?”

The Geography department had selected 20 students for its PhD programme, but eventually denied admission to seven of them, including Hashim. The AJK Mass Communication Research Centre had chosen 19 students, and dropped eight.

“When we went to complete our admission on September 12, we were told that the process would start at 3 pm,” one of the candidates said. “At 4.30 pm, they released an offline list and said those names alone would get admission. No reason was given as to why the rest of us had been removed from the list.”

The Mathematics department had released a list of 17 candidates chosen for PhD on the university’s website. But only three of them were eventually given admission. In a notice published offline, the department cited as the reason for not giving admission to the rest, the unavailability of seats and experts in their proposed fields of research.

At Jamia, PhD admissions usually require prospective candidates to submit a research proposal before they are interviewed. “Candidates shortlisted on the basis of the entrance test will be required to submit a portfolio and a research proposal of 2,000 words and a bibliography,” the university’s website explains. Following this, the candidates are selected for an interview round.

So, it’s surprising that the university didn’t notice the “unavailability of experts” before publishing the selection lists.

As the Delhi University professor Apoorvanand points out, “The candidate’s research interest is discussed at the interview stage itself. The department knows if it has the required resources for the candidate’s subject and if it can guide them. They can’t provide admission and then say they do not have an expert on the subject.”

If indeed there were no experts available for the proposed areas of research, why were the candidates called for interviews at all? Furthermore, why were they named in the selection lists and then denied admission?

Shahzad Hasan, head of the Mathematics department, declined to comment.

Jamia registrar professor Nazim Hussain Jafri said, “There is no issue regarding admission. The students whose names have come up, their admissions are taking place.”

The candidates who were denied admission have been left in a bind, awaiting an explanation from the university. “When my name appeared in the selection list, I left my job. I had applied for a PhD at other places, but I preferred Jamia. When I came here they wouldn’t admit me, without giving a solid reason,” said a student who was selected for PhD at the AJ Kidwai Mass Communication Research Centre before being dropped. “We have written to the UGC on this matter because we feel this problem can only be solved at the administrative level.”

Jamia’s public relations officer Ahmad Azeem said, “Authorities are looking into complaints that have been received. This is not some scam as they are saying. This problem has happened because of some technical issues.”

Some names have been changed to protect identities. 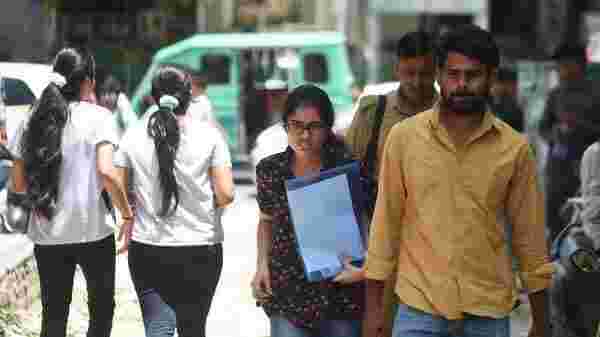 CUET PG 2022: How to check result on cuet.nta.nic.in
Candidates can check their results with the login credentials on NTA CUET site..The CUET-PG exam was conducted between September 1…

The candidates should look at UGC link under the notices section to find the details.

The Hindu
Who is Kwasi Kwarteng? New chancellor behind sweeping tax cuts

David Deutsch, who proposed an as yet unbuildable machine to test existence of parallel universes, shares prize with three others