At 36-years-old, James Milner is the epitome of the ultimate footballing professional. As a versatile player who has played for some of England's biggest clubs, he is well respected in English football.

Yet as a youngster, Milner was the subject of some heavy criticism by the then Newcastle manager, Graeme Souness. "You'll never win anything with a team of James Milners" was the line, remembered by both Milner and Alan Shearer in an interview published on The Athletic.

Souness was certainly proven to be very wrong with this statement, with Milner going on to win three Premier League titles, one FA Cup, two League Cups, and the Champions League, as well as the Community Shield, UEFA Super Cup and Club World Cup. Success has defined the latter part of his career whilst at Manchester City and Liverpool.

Milner began his career at Leeds United, in 2002-03, before moving further north to Newcastle in 2004. He spoke of his brief time working under Sir Bobby Robson: "The disappointment is that I didn't get to work with him longer.

"It's amazing how much I remember about him because we only had a couple of months together. That just shows what a great manager, great guy and legend he was," Milner told Shearer.

Robson was sacked early into the 2004-05 season, and replaced by Souness, whose reign saw a memorable run to the quarter-finals of the UEFA Cup, but was marred by scenes in a home match against Aston Villa in 2005. A fight on the pitch between Lee Bowyer and Kieron Dyer, as well as Steven Taylor's handball antics rounded off a horrible day for the Magpies.

"I was about to come on as a sub when they had the fight and so I didn't come on.

"The pressure they took off Tayls was incredible - he'd have been annihilated for what he did, going down like he'd been shot."

Milner left Newcastle in 2008 for Aston Villa, massively to United's loss, having shown his abilities on the biggest stage in years to come. He made his first start in the league since January against Newcastle last Saturday, and as Shearer made clear, was "exceptional". 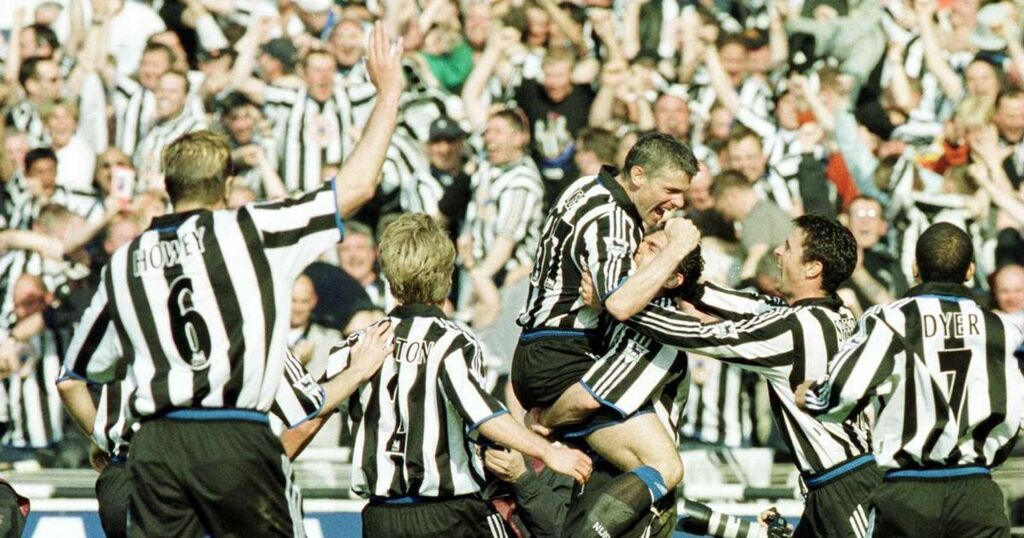