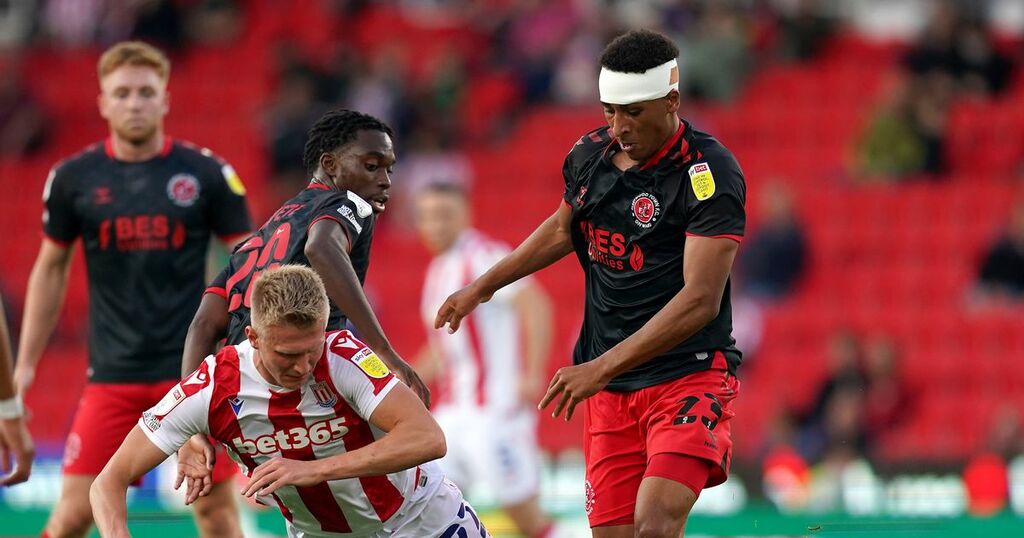 Rangers had a bid for highly-rated Fleetwood defender James Hill rejected before the transfer window shut.

Rangers tabled an offer for the talented teenage centre-back, but the English League One knocked it back.

A string of Premier League clubs have been scouting Hill, who made his debut for England Under-20s in a 6-1 win over Romania at St George’s Park on Monday night.

Burnley and Southampton are also believed to have had a bid rejected for the player, with scouts from Everton, Manchester United and Liverpool having watched the player this season.

“There were two Premier League clubs who made bids for James and there was also a bid from the Scottish Premiership,” revealed Fleetwood owner Andy Pilley.

“I wouldn’t like to say who the clubs were, but unfortunately the bids weren’t of sufficient numbers for us to trade in.

“We’re quite relaxed about his situation. It might be that he goes in January, but he’s going to go at the end of the season unless he signs a new contract.”

Hill’s current deal expires next summer and the Cod Army are keen to sell him for good money for further investment in their club as they try to win promotion to the Championship.

Hill failed to fire at Bolton Wanderers and Blackpool, who both released him, but he has blossomed at Fleetwood under their successful academy programme.

He has played five times for the Lancashire-based outfit this season and made 35 appearances for the club last season.

“We know he’s destined for the very top,” stressed Pilley. “He’s playing regularly in the first team and we believe this helps to getting his dream move.

“He’s out of contract this summer, but we’re relaxed about his position because we’re entitled to compensation which will no doubt be significant.

“We’re at a stage now where we’re literally having to decline scouting requests because we’ve virtually got the entire Premier League coming along to watch him.”

But it is yet to be seen whether the Gers will table a higher bid for the defender when the transfer window opens.