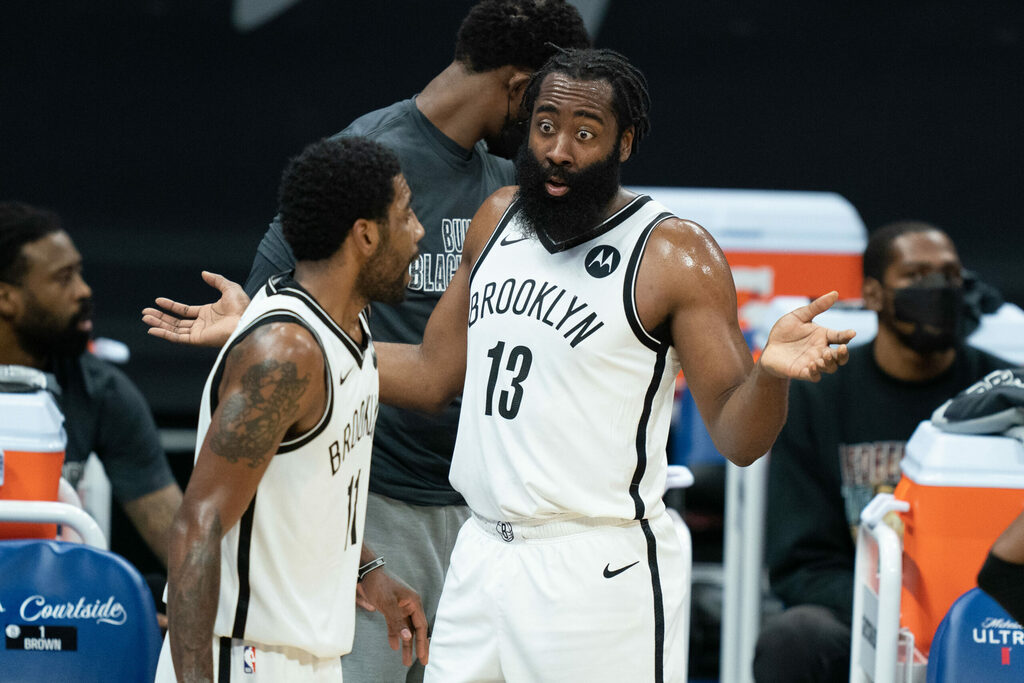 Kyrie Irving won a championship in 2016. Kevin Durant got his title in 2017 — then another in 2018. James Harden, however, is still waiting for the glory.

The Brooklyn Nets entered the season as heavy favorites to win the NBA title, which would immortalize Harden in history as both a former MVP and as a league champion. But the ongoing saga about Irving’s vaccination status could jeopardize those chances.

The takes about Irving’s reported stance have been shared ad nauseam. You can read up on that here and here. Essentially, due to Irving’s reluctance to follow New York’s state mandate, he wouldn’t be able to play home games for the organization.

Ultimately,  Brooklyn’s decision was to keep Irving away from the team unless he could be a full-time participant.

Nets general manager Sean Marks said “everyone” was consulted about the decision. One especially fascinating wrinkle, however, is the report that Durant and Harden were specifically mentioned as individuals who were asked for their input about Irving’s status as a part-time player.

Woj says that Kevin Durant, James Harden, Joe Tsai and Sean Marks will all be involved in deciding whether or not Kyrie Irving can be a part-time player this season.

Vincent Goodwill offered some excellent insight about why that is interesting (via Yahoo):

Those names were not mentioned by accident, sending a message to Irving a line has been drawn with his peers. It’s not too long ago Harden was acting out in Houston before getting his way, and even he seems to be saying, “Hey, Kyrie, this is extreme.”

As Goodwill noted, Harden in particular stands out because of the circumstances that led to his arrival in Brooklyn. Even the most generous reading of Harden’s final stretch with the Rockets could be labeled as extremely strenuous. It was an ugly divorce, to be sure.

He was described as having an “uncharacteristic level of frustration” during his waning days in Houston — included a heated exchange in which he reportedly threw a ball at rookie Jae’Sean Tate.

He also missed training camp and rather than building chemistry with his new coach Stephen Silas, he was caught on video socializing while maskless indoors in Las Vegas and Atlanta. All things considered, his professionalism was called into question even by a former teammate.

By the end, players on the Rockets were taking public shots at him and after his comments that suggested the team was not good enough and it couldn’t be fixed, he was asked not to come to practice.

It is extremely easy to see why Harden was willing to burn bridges in a city that would have likely been willing to build statues of him outside the arena, though.

Harden’s prime championship window with the Rockets was primarily during the peak dominance of the Warriors. Then during the 2018 postseason, when Houston was just one win away from defeating Golden State for an appearance in the NBA Finals, Chris Paul suffered a hamstring injury that let the Warriors back into the series.

From Chris Paul’s hammy tightening up in 2018 to Kyrie Irving leaving his squad hanging over a vaccine, James Harden objectively has awful luck even when he’s on a contender.

But on the Nets, no matter how many bridges he burned to arrive, he put himself in his best-ever position to raise the Larry O’Brien trophy.

Harden, playing alongside Durant and Irving, could easily factor into the best offense in basketball history. Brooklyn scored an absurd 128.7 points per 100 possessions when all three were on the floor at the same time, including when they all appeared in the postseason together.

At the conclusion of the season, even though neither Durant nor Harden even reached 40 percent of possible minutes for Brooklyn and the three stars played only 202 minutes together, the Nets still finished with the best offense (118.3) of all time.

During the 2020-21 campaign, their roster was able to survive injuries to Durant and Harden — as well as the brief leave of absence Irving took during the season — because this iteration of the Nets team was created to outlast any absence for one of their three superstars.

Obviously, playing without a superstar like Irving is not ideal for the Nets. As the season inches closer and closer, however, that possibility is becoming far more realistic.

So what happened when Irving, who was actually their most consistent and reliable option, was not on the floor last season? We do have some examples of what that might look like based on what we have seen so far.

Mark my words, James Harden will be an MVP contender this season. pic.twitter.com/SLC4ApNhyn

During the limited sample size of 99 minutes that Durant and Harden played without Irving, Brooklyn somehow managed 130.5 points per 100.

Harden posted a ridiculous 40.2 points and 16.0 assists per 100 in his 616 minutes when he appeared without Irving, via PBPStats. For the sake of comparison, in the 703 minutes that he played alongside Irving, he averaged 26.7 points and 13.3 assists per 100.

More likely than not, Harden is frustrated right now. Unlike both Durant and Irving, he doesn’t yet have a ring to his name.

Based on what we have seen from Harden when playing in Steve Nash’s offense, however, Harden could be primed for another MVP campaign. Even without Irving, the Nets are a force to be reckoned with.

Earlier today, in fact, SI.com’s Michael Pina postured that Irving’s talent is “more decorative ornament than vital ingredient” for Brooklyn’s success. If both Durant and Harden remain healthy, there is plenty of reason to believe that.

The Nets have a decorated cast of role players including the likes of Patty Mills, Blake Griffin, Paul Millsap and LaMarcus Aldridge. Their younger players, such as Bruce Brown and Cam Thomas, give plenty of reason for excitement as well. This team, with the expected development of players like Nic Claxton, should be even deeper than it was this past season.

Irving’s decision to refuse a safe and effective vaccine is problematic for its own reasons, including jeopardizing team safety. While it may slightly hurt his chances, though, it likely won’t cost Harden a chance at his first title. 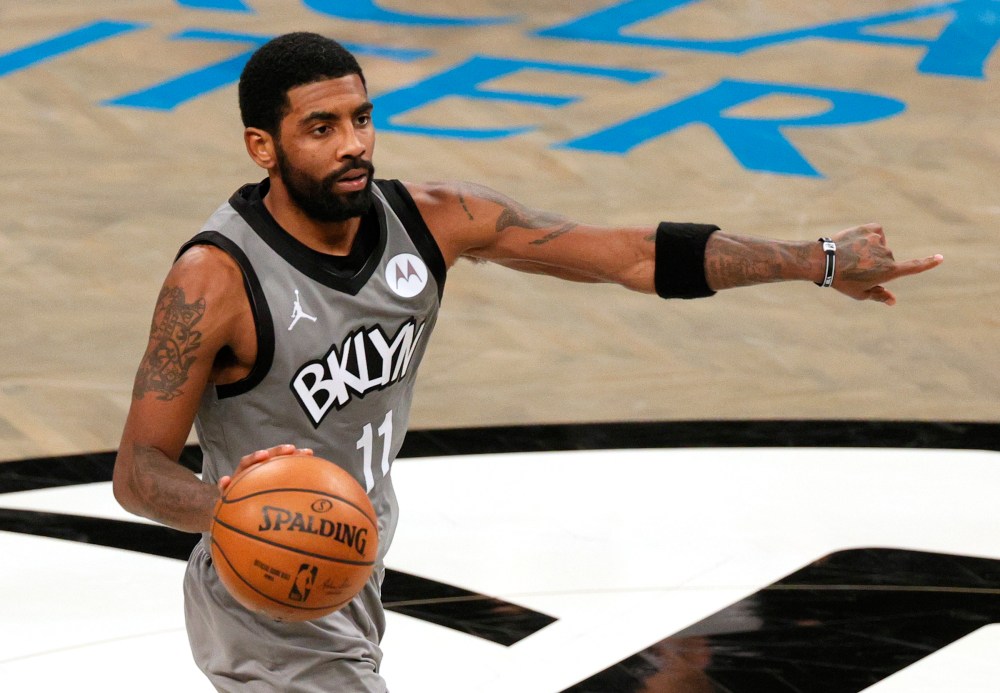