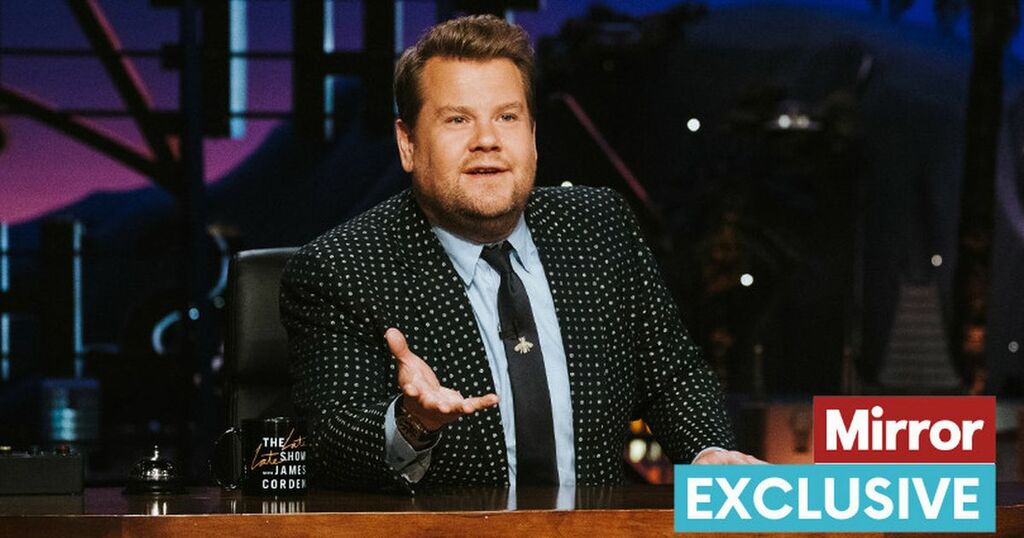 James Corden has stated that he has 'nothing but admiration and respect' for Prince Harry and Meghan Markle, who appeared…

James Corden has opened up about his weight loss journey, which involves intermittent fasting and boxing most mornings as well…

The award-winning singer and songwriter was one of four cover models for the latest edition of the annual issue.

TV entertainer James Corden is gunning for one of his biggest guest acts in his farewell year of his US chat series Late Late Show.

Corden is "beyond keen" to get the Stones duo of Mick Jagger and Keith Richards in his Range Rover to sing along to their sixty years of hits for a Carpool Karaoke.

The High Wycombe born host has asked his bookers and producers to "go on an all out push" to land The Glimmer Twins as he brings his talk show run to an end within the next 12 months.

Corden enjoyed one of his biggest Carpool Karaoke successes with another British rock and roll legend Sir Paul McCartney.

But while Macca celebrated his life and career with Corden, The Stones have turned down many opportunities to perform on the beloved segment.

An Los Angeles producer said: "Corden is on a mission to serve up fans a year of great Carpool Karaokes with A list artists - and The Rolling Stones are top of his list.

"James is a huge fan of the band and their music.

"His dream is to sit in a car and duet with Mick and Keith.

"He has written to the stars and asked his booking team and producers to push hard for them to appear in a segment.

"He is willing to work with them on how they would like to appear. The band has a UK tour coming up so he is pushing again to promote that with a special segment, so we will see how that goes,

"James is going for gold. In the last few years he has secured the biggest stars in pop and rock from Adele to Macca to The Red Hot Chilli Peppers. He really feels The Stones would be the icing on the cake."

The source added: "Obviously he is not putting all his eggs in one basket; there are others on his wish list too.

"Bookers and producers are looking at icons like Roger Daltrey from The Who, Billy Joel, Neil Young, Lionel Richie, Keith Urban and Def Leppard."

Corden has promised to "go out with a bang" as he announced he will depart The Late Late Show next year.

Corden has extended his contract with CBS to present the show for one more year before finishing in the summer of 2023.

"I love it, I love all the people that work here, I am so proud of what we've achieved, it's been beyond my wildest, wildest dreams," he said.

He promised viewers that his final 12 months would be full of fan favourites and "other surprises" which would be "a blast".

"We are all determined to make this the best year we have ever had ... we are going to go out with a bang," he said.

James Corden has stated that he has 'nothing but admiration and respect' for Prince Harry and Meghan Markle, who appeared…

James Corden has opened up about his weight loss journey, which involves intermittent fasting and boxing most mornings as well…