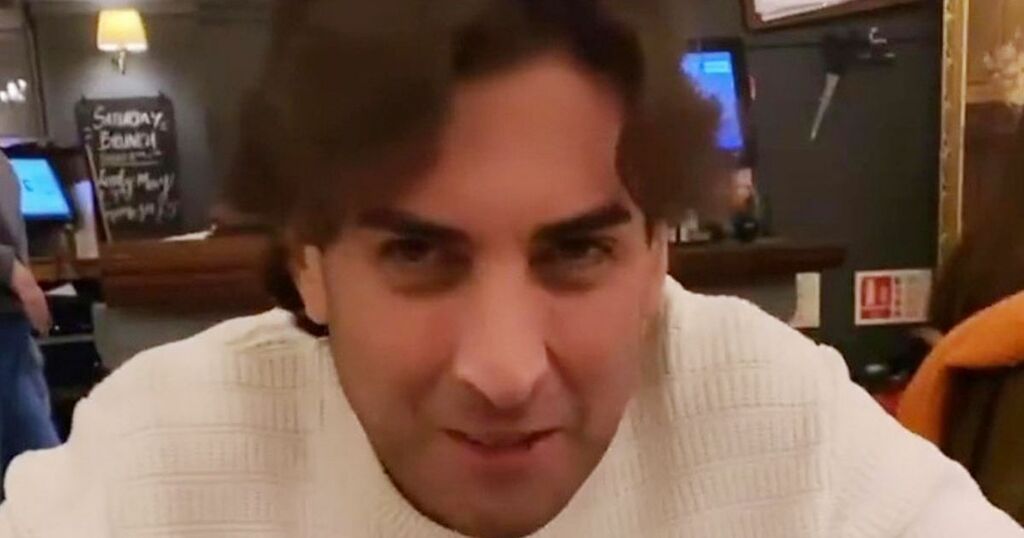 James Argent has showed off the very tiny roast dinners he now eats after shedding 13 stone.

The former The Only Way Is Essex star has been on a weight loss mission for the past year.

In April 2021 he had a £10,000 gastric sleeve fitted after ballooning to 27 stone during lockdown. This restricts how much food he can eat to help him maintain a healthy weight.

Doctors told the 34-year-old – who is better known as Arg – that if he didn’t lose weight he would die.

Less than 12 months on from his life-saving surgery Arg is looking better than ever and now weighs 14 stone.

His former TOWIE co-star James ‘Diags’ Bennewith shared a snap of Arg tucking into a tiny roast dinner while out at a pub in Wanstead, east London.

The small portion is in stark contrast to some of Arg’s old meals, which at his worst included three pies with mash followed by a whole tub of ice cream to himself.

In the video shared on Instagram Diags joked: “Who has got the kid’s meal? This is new to me!”

He captioned the post: “Arg and his tiny dinners.”

He told his 821,000 Instagram followers: “9 months ago I dreamed of having THAT @adele moment & here it is.

“After being 27 stone, depressed and having doctors telling me I was on “death row” I made the decision to have gastric sleeve surgery with @wearetransform which reduced the size of my stomach and limited how much I could eat.

“I’ve since lost a total of 13 stone and now weigh 14 stone which surpassed all expectations. I’ve never felt happier.”

Arg said having the surgery was the “best decision I’ve ever made” and it had spurred him on to be serious about his eating habits and exercise.

He continued: “Since my surgery, I’ve followed the advice from the team at Transform Hospital Group and stuck to a healthy diet with smaller portion sizes.

“I’ve also been training in the gym to make my body stronger. That swim across the English Channel is still on the cards.

“I’d like to thank everyone who has helped me on my weight loss journey. When I look in the mirror, I’m finally happy with the man looking back at me.

“I’m delighted to be starting 2022 as the best version of me. The future is looking bright and I can’t wait to live it.”

Since losing weight and getting sober Arg has been able to buy his dream home in Essex – something he didn’t think he would ever be able to do.

It is rumoured Arg has also been meeting up with his ex-girlfriend Lydia Bright for secret dates.

The former couple dated on and off between 2008 and 2016 and both are currently single, so could love be on the cards for Arg in 2022?