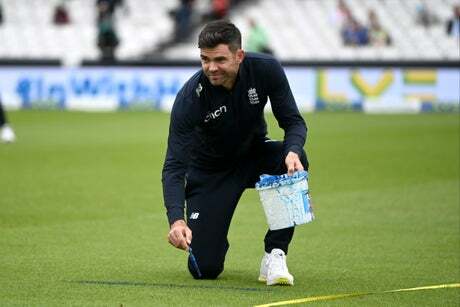 James Anderson hopes to play in Friday’s final Test against India in Manchester after a heavy summer workload, while Craig Overton is also expected to be available after a nasty bang to the elbow on Monday.

England’s bowling injury crisis has left them picking up the pieces of their bowling attack after the defeat at the Kia Oval.

Anderson, 39, and rookie Ollie Robinson have played four Tests in five weeks, while much was asked of Chris Woakes on his return after a year away.

All three are keen not to be left out of the final match of the summer.

Overton was assessed yesterday, and appears fit to play in Manchester.

Mark Wood is likely to replace one of the four, while Sam Curran and second spinner Jack Leach are also options.

England’s training in Manchester is expected to be light both today and tomorrow, with the bowlers’ workload eased.

Meanwhile, England have announced their men’s schedule for next summer.

They will open with three Tests against New Zealand in June, before six white-ball matches against each of India and South Africa.

In August and September, they will conclude with three Tests against South Africa.

While the overall domestic schedule is yet to be decided, T20 Finals Day has been moved to July 14 (it will take place on September 18 this year), meaning the Vitality Blast will be concluded before the Hundred begins.