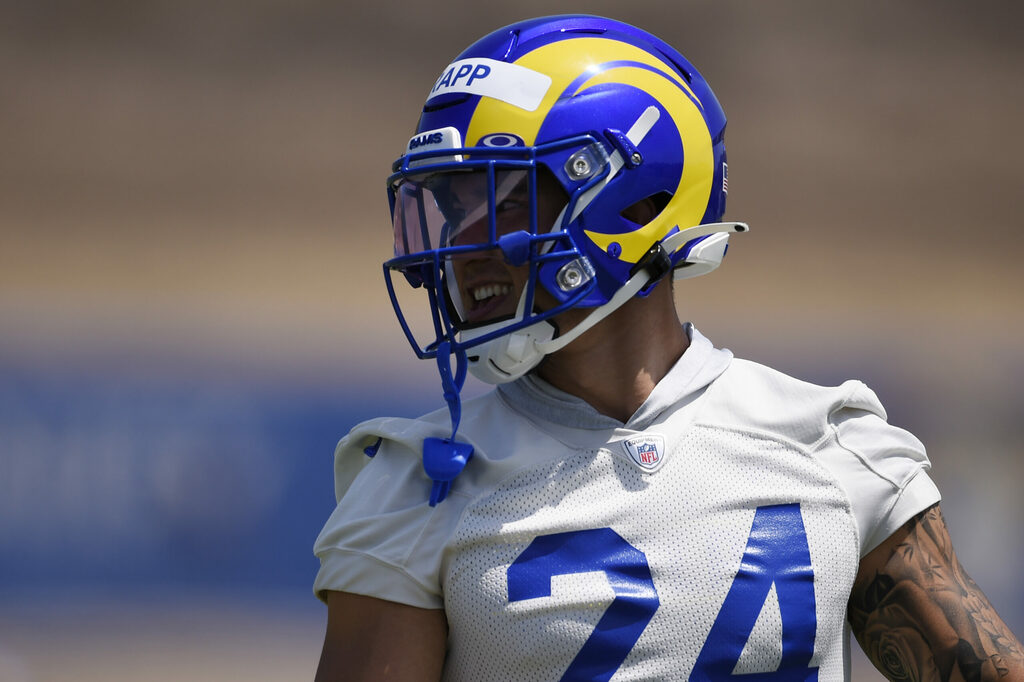 After ranking first against the pass last season, the Rams’ secondary once again looks like one of the best in the NFL this year. Jalen Ramsey and Darious Williams remain the starter at cornerback, with Jordan Fuller at safety, but the additions of David Long Jr. and Taylor Rapp to the first-team defense have worked out well thus far.

When Ramsey was asked about his expanded role this season, playing in the slot more than he did last year, he made a point to praise Williams for also expanding his job in the secondary, too. His versatility allows Ramsey to move around the way he does, similar to the way Troy Hill did last year.

Ramsey also made a point to compliment Long and Rapp, who are the newcomers to the starting lineup this year.

“D-Lo, he came out today and he popped us off with the first pick. He played well, had a couple PBUs – two, I believe – until he started cramping up, so we’re going to get him right on that,” Ramsey said. “And then T-Rapp, he’s super disruptive. He’s taken his game to another level and we have a lot of confidence in him and we’re going to continue pushing that confidence in him because when we do, he lights up and he plays amazing. And him and Jordan’s communication and leadership on the back end can’t be taken for granted and people gotta talk about that a little bit more because they really have a command and they’re really communicating well to set up not only the secondary, but the linebackers, too. We have a great communication and that comes from our chemistry that we’re continuing to build and our vibe we have.”

Ramsey didn’t leave out Robert Rochell, either, recognizing the job he did when he came in for Long. So the depth in the secondary is excellent in Los Angeles and it’s easy to see why Ramsey is so confident in this group.