In a new ranking of shooting guards from across the NBA, HoopsHype ranks second-year Houston Rockets guard Jalen Green as No. 15 in the league entering the 2022-23 season. The rankings were tallied based on a voting panel of staff members.

However, the panel believes further growth is certainly possible — if not likely — based on the historic scoring stretch from Green at the conclusion of his 2021-22 rookie season. From Frank Urbina:

The second overall pick in the 2021 draft, Jalen Green did not disappoint in his rookie season, averaging 17.3 points and 3.4 rebounds while shooting 42.6% from the floor.

Sure, he was a bit streaky, but it’s beyond promising that the G League Ignite product improved steadily as the season progressed, flashing his scoring from deep, the midrange, and the basket area to go with his explosive athleticism.

The complete shooting guard list is available below. The Rockets did not have any representatives on HoopsHype’s top-25 lists for point guards and small forwards entering the 2022-23 season, while lists for power forwards and centers have yet to be published. Stay tuned!

Our @hoopshype staff ranked the Top 25 NBA shooting guards. Below is the full list. https://t.co/nwYleyFwf2 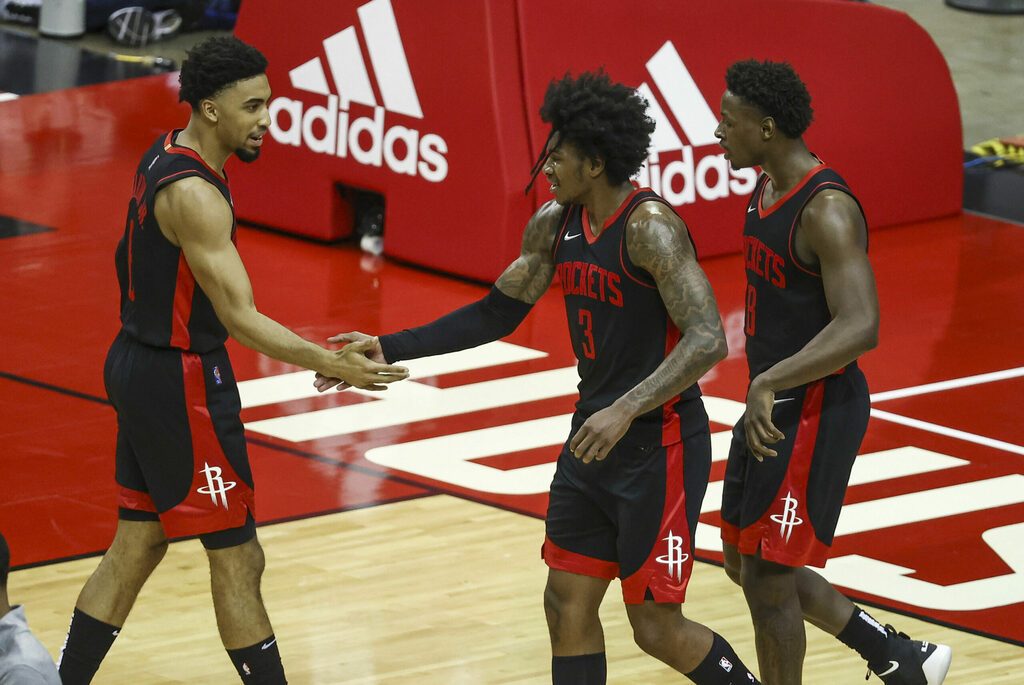 USA Today Sports Media Group
From analysis to the latest developments in health, read the most diverse news in one place.
Boston Celtics picked to win East, fall short of 2023 NBA Finals by ESPN panel

Boston is the favorite to emerge victorious from the East in the 2023 NBA Playoffs per the panel, but opinions are more divided when it comes to the Finals.

“I’ve been working on decision making, tightening up my handle, and knowing what shots I want to get on the floor,” Jalen Green says in an extended interview with @CNNPhilippines.

Two more key matchups this upcoming season for the Lakers have been released.

In today’s podcast, broadcast analyst @AdamJWexler shares his insight on key decisions facing the Rockets, including why Kevin Porter Jr. may be worth a contract extension this offseason.

The greatest FA signing in Thunder history comes from the Seattle days of the franchise.