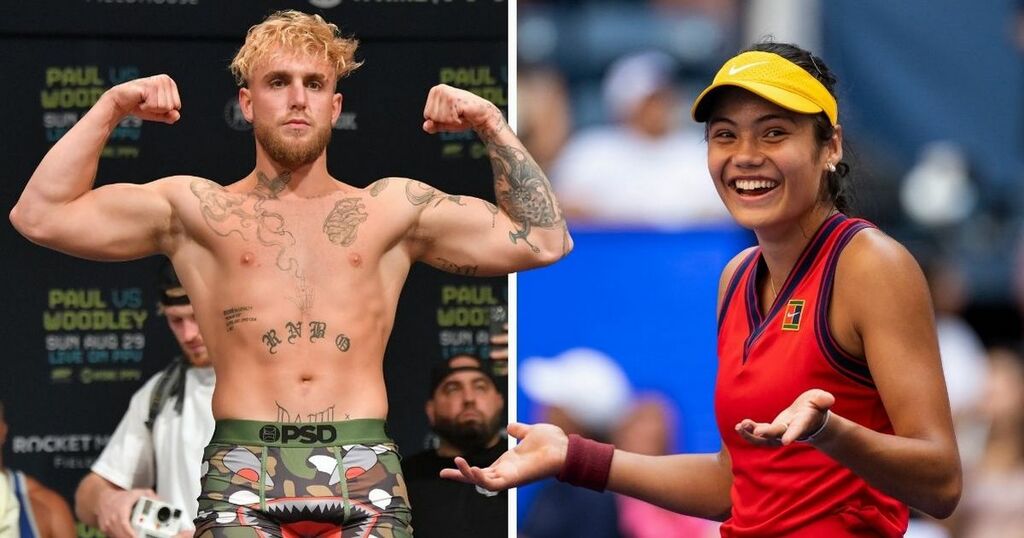 YouTuber-turned-boxer Jake Paul has sent a message of support to the young tennis stars that have stunned fans at the US Open in the last 10 days.

British sensation Emma Raducanu is one of three teenagers to reach the quarter-finals of the tournament, along with Spaniard Carlos Alcaraz and Leylah Fernandez of Canada.

The 18-year-old from Murcia beat Briton Cameron Norrie and Greek third seed Stefanos Tsitsipas on the way to the last eight, where he retired against Canadian Felix Auger-Aliassime, only 21 himself, when two sets down through injury.

Auger-Aliassime's compatriot Fernandez has enjoyed a stellar run so far, taking the scalps of Naomi Osaka, Angelique Kerber and Elina Svitolina and going one better than Alcaraz by winning her last eight match to set up a semi-final against Aryna Sabalenka.

Raducanu will now hope to follow Fernandez into the final four, and must beat 11th seed and Olympic champion Belinda Bencic at the Arthur Ashe Stadium later today to do so.

All three teens were described as the "future of tennis" by popular personality Paul, who is unbeaten in his four professional boxing bouts since taking up the sport after shooting to fame as a YouTuber.

Raducanu, in only her second-ever Grand Slam, remains on course to potentially be the first British woman to win at the US Open since Virginia Wade managed it in 1968 by beating Billie Jean King.

If she can find a way past Bencic in the quarter-final, she will face either Czech star Karolina Pliskova or Maria Sakkari of Greece for a place in the final.

While it would be an incredible achievement for Raducanu, ranked 150th at the start of the tournament, to lift the trophy in Flushing Meadows, Wade has backed her to be able to do it.

The 76-year-old, who was in the crowd to watch Raducanu's fourth round victory over Shelby Rogers, told The Telegraph: "There’s a few categories that I rate players on. Athleticism, determination, technique, concentration, and an ability to improvise.

"Emma ticks all the boxes in my mind. She’s got a good physique. She’s quick, very athletic, and hits the ball beautifully in all areas.

"You might just like to see her come to the net a little bit more, becomes sometimes you need to do something a bit different.

"I’m very optimistic. She could even go on and win this tournament. In the long run I don’t think it matters one way or another. But you look at it and think ‘Why not?"