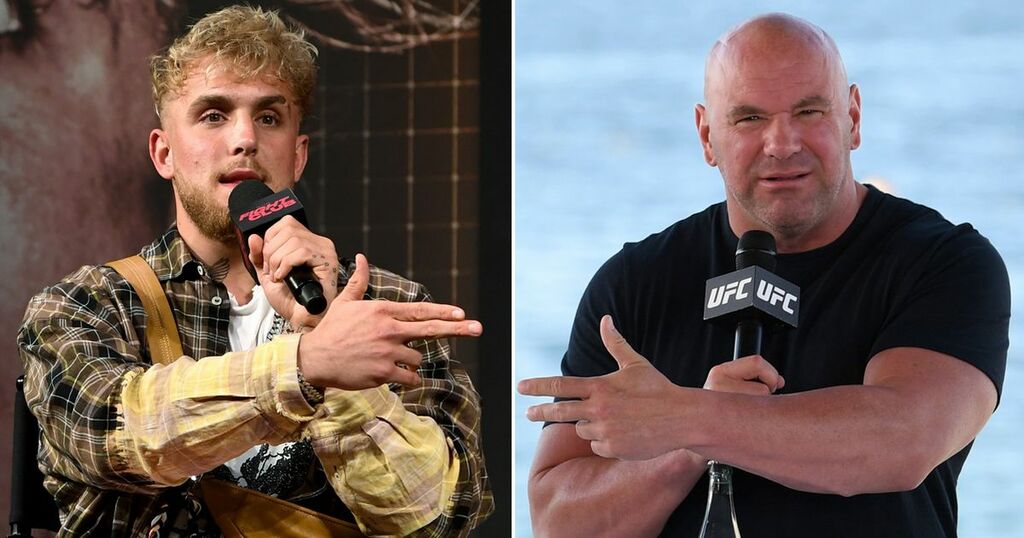 Jake Paul and Dana White have been locked in a bitter war of words in recent months, with money playing a key factor in their feud.

But White believes that the YouTube star is doing it all for attention after underwhelming pay-per-view sales on his last fight with Tyron Woodley.

Paul knocked out former UFC welterweight champion Woodley in a hastily-arranged rematch after his original opponent Tommy Fury was forced to pull out at late notice.

Both Paul and White are no strangers to making big money, but despite Paul's exorbitant wealth and flashy purchases, White is still a considerable amount wealthier than the social media star.

White began building his empire in the late 90s when he moved to Las Vegas after a run-in with the right-hand man of mobster Whitey Bulger; Kevin Weeks.

Have Your Say! Whose side are you on in the feud; Dana White or Jake Paul? Let us know here.

He was accused of owing money to the gangsters while living in Boston and running a boxercise class, and decided on a whim to move to Vegas.

It was there where he met the Fertitta brothers Lorenzo and Frank, whom he convinced to buy the UFC for $2million in 2001.

White came on board as the company's president, and by the time the Fertittas were selling the business in 2015, he had played a massive part in their $4billion takeover by Endeavor.

Paul, who is less than half White's age, began a little differently.

From humble beginnings just outside of Cleveland, Ohio, Paul and his brother Logan began making YouTube videos in the early 2010s, before making it big on Vine in 2013.

From there he began making YouTube videos which garnered millions of views and subscribers, and parlayed that into a book deal, a starring role on the Disney Channel and a number of endorsement deals.

He also ran talent management agency Team 10, which saw him take a percentage of the earnings of top social media stars like Alissa Violet, Tessa Brooks and Justin Roberts.

Paul also got involved in the creation of merchandise website Fanjoy, which sells products for megastars like Addison Rae, David Dobrik and a number of top athletes in America.

Read more: Logan Paul and KSI announce they have both retired from boxing

UFC boss White is said to have amassed a net worth in excess of $500m throughout his years at the helm of the combat sports empire.

He didn't invest any money in the initial UFC buyout from the Fertittas, but pocketed a reported $300m from the sale, as well as taking a $20m salary every year from Endeavor for his current role.

White also owns multiple mansions in Las Vegas, as well as a number of valuable art pieces that are likely to appreciate in value, with his biggest assets worth millions.

Paul is said to have a net worth around $30million, although he is much earlier in his journey of building wealth than White.

He will likely make a gigantic sum of money from the sale of Fanjoy when it happens, as well as the returns from his venture capital fund Antifund with Geoffrey Woo.

Paul makes millions from his boxing matches which are broadcast on Showtime Boxing, but likely makes more from his various investments and properties.