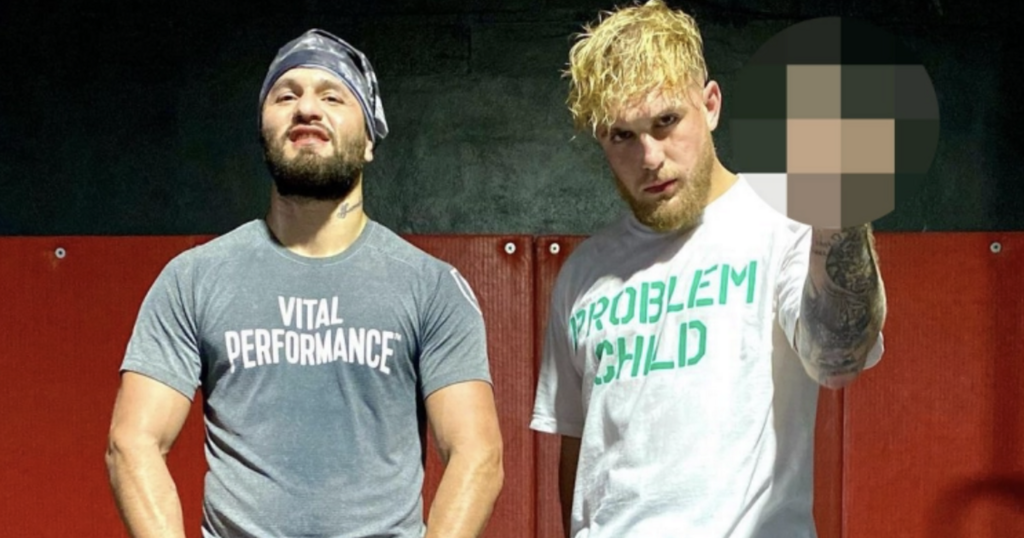 Jake Paul has put UFC star Jorge Masvidal at the top of his hit list with Tommy Fury, Anderson Silva and Vitor Belfort also on his radar.

The YouTube star is in talks with Fury and his promoter Frank Warren for a showdown later this year, but said yesterday that his No.1 choice is Masvidal.

However, with the former UFC title contender still locked down to a lucrative contract in MMA's premier promotion, Paul will likely have to settle for another opponent.

And speaking to Ariel Helwani on The MMA Hour, Paul said that he is in talks with a number of top fighters, including Silva and even Belfort, for his next bout.

"We're talking to four different parties, four different fighters, and seeing which one makes the most sense," Paul said. "Honestly just from a personal standpoint, I would love for it to be Masvidal.

“Hopefully Dana [White] would let him out of his contract but we’re not sure if that can happen.

"But for me personally, I think that would be the toughest challenge, the toughest guy and the biggest name - the most relevant currently.

"I think that’s the one to make. I think it will happen at some point regardless, but that’s at the top of my list for sure.”

Mirror Fighting sources have indicated that the most advanced talks have been with Fury and his team, with December date targeted.

But Paul indicated during his appearance yesterday that there are other options for his fifth professional fight, after his win over ex-UFC welterweight champion Tyron Woodley last month.

Paul is now back in his Puerto Rico home, where he has a private training base to prepare for his boxing matches.

But his team, including trainer BJ Flores and coaches J'Leon Love, are still on holiday after the three-month training camp for Woodley.

A bout with Masvidal would need involvement of some description from UFC boss White, who has only once been involved in anything resembling a co-promotion; when Floyd Mayweather fought Conor McGregor in 2017.

“His dad Dana White just has to let him," Paul said when asked how realistic the possibility of a fight with Masvidal was. "That’s what it comes down to.

"Dana wouldn’t let [Georges St-Pierre] fight in that Triller Fight Club that he was trying to do [against Oscar De La Hoya earlier this year].

Who wins between Jake Paul and Jorge Masvidal? Let us know in the comments section!

"Dana blocked him from doing that so Dana’s just blocking everyone, being greedy.

“I think he’s starting to realise that I’m embarrassing a lot of his UFC fighters.

"It’s a bad look for him but there is money to be made so we’ll see what ends up happening for sure.”

And after host Helwani received a text live on-air from Belfort, who is another opponent in the discussions, Paul said that he is planning to go " back-to-back " with a number of MMA fighters.

“You guys cannot box - I out-boxed a five-time UFC f***ing champion [Woodley], Vitor Belfort didn’t even get close to winning that many championships.

"The notion that you guys are scaring me - you guys cannot box for s***. There was not one moment in the fight where Tyron was out-boxing me. Not one."