The Blackpool forward Jake Daniels has ended decades of silence within men’s football to become the first player in the UK to come out as gay since Justin Fashanu in 1990.

Daniels made his senior debut for the club only this month, but the 17-year-old says he is ready to act as a role model for others in the game after deciding “the time is right to be myself, be free and be confident” in his identity.

“Now is the time to do it,” he said. “I feel like I am ready to tell people my story. I want people to know the real me.”

Daniels said he has been aware of his sexuality since he was six years old, but kept it secret as he pursued his dream of a career in football. After a decision that had been some months in the making, and involved consultation with his family, his club, the LGBTQ charity Stonewall and Sky Sports, who first reported the news, Daniels gave a considered explanation of why he chose to come out when generations of players before him had felt unable.

I am hoping that by coming out, I can be a role model, to help others come out if they want to

“For a long time I’ve thought I would have to hide my truth because I wanted to be, and now I am, a professional footballer,” he said. “I asked myself if I should wait until I’ve retired to come out. No other player in the professional game here is out.

“However, I knew that would lead to a long time of lying and not being able to be myself or lead the life that I want to. Since I’ve come out to my family, my club and my teammates, that period of overthinking everything and the stress it created has gone.

“I am hoping that by coming out I can be a role model, to help others come out if they want to. I am only 17 but I am clear that this is what I want to do and if, by me coming out, other people look at me and feel maybe they can do it as well, that would be brilliant. If they think: ‘This kid is brave enough do this, I will be able to do it too.’”

Daniels’s revelation is a striking landmark that comes when men’s football is more engaged with social issues than in any recent time, but still unable to cite progress in LGBTQ representation within the game.

Last year Adelaide United’s Josh Cavallo became the only male top-flight professional footballer in the world to come out as gay, but others are yet to follow. In six months the men’s World Cup will be played in Qatar, where homosexuality is illegal, and Cavallo revealed to the Guardian he would be “scared” to play at the tournament, the pinnacle of world football.

In English football specifically, the shadow of the talented and unfulfilled Fashanu still lingers over the game. The England international came out at the end of his career and was to take his own life eight years later, in 1998.

Amal Fashanu, Justin’s niece, who runs a charitable foundation in his name, said that Daniels’s decision would “come as a huge comfort to the many footballers at all levels of the game still secretly living as gay and who still feel unable to come out”.

“If my Uncle Justin were alive I know he would have been one of the first people to have contacted Jake to offer his support and best wishes,” she said. “Justin’s wish was to create a society where people could simply be kinder to one another and where bigotry doesn’t exist.”

Born in Bispham, near Blackpool, Daniels made his way up through the club’s youth ranks before signing a senior contract with the club this year. He made his debut this month as a substitute in a Championship fixture against Peterborough.

Daniels revealed that, the day after coming out to his family, he had played for the club in a youth fixture against Accrington Stanley. “I scored four goals,” he said, “so it just shows how much of a weight off the shoulders it was.” 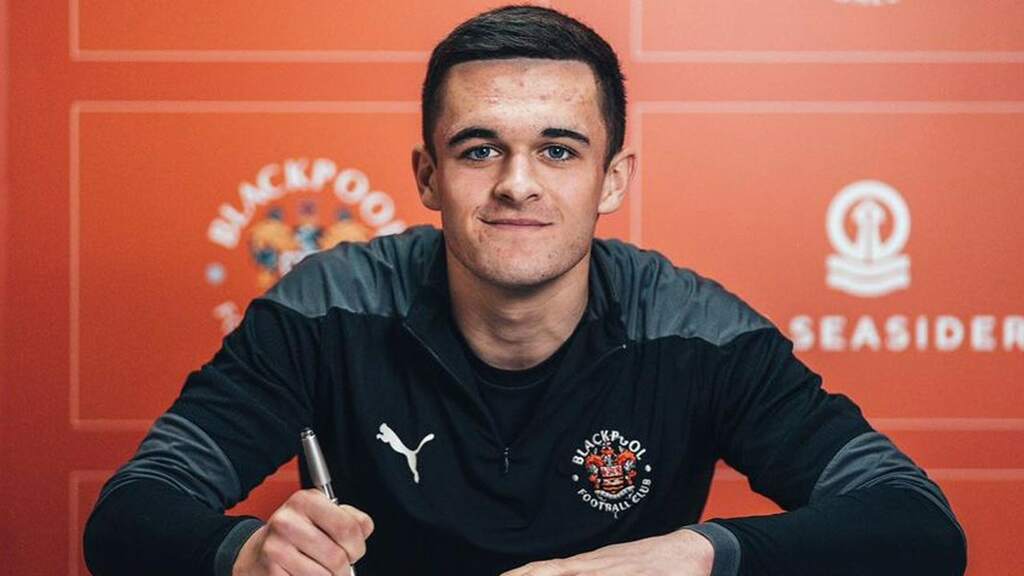 Pedestrian.tv
One subscription that gives you access to news from hundreds of sites
Jake Daniels: Blackpool player becomes first UK professional male footballer to come out as gay in 30 years

"Now it’s out, and people know. Now I can just live my life how I want to and you know…