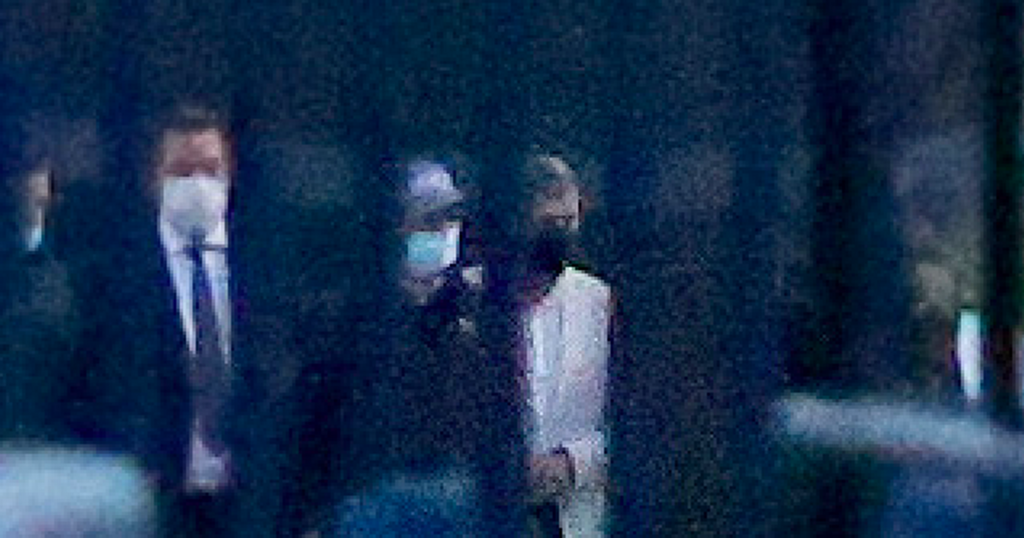 GERRY ‘The Monk’ Hutch has been compared to Santa Claus as he’s now sporting a “massive” beard behind bars.

The Mirror has learned that murder-accused Hutch (58) — who is located in an isolated cell on Wheatfield Prison’s ‘3G’ Wing — is sporting a “thick, lengthy grey beard” and is letting his hair grow out as he awaits trial for the Regency Hotel killing of David Byrne.

“He’s being compared now to Santa Claus because of the way he’s looking,” a source said.

“He’s growing the beard out and looking a little worse for wear these days.”

As reported by this publication, Hutch previously grew a beard while hiding out in Spain — but he’d shaved it off and had a clean-shaven look when he was arrested in a Fuengirola restaurant in August.

The Mirror has also learned that Hutch hasn’t gotten a single personal visit in prison since he was flown into Ireland on September 29 — but he is in regular contact with his wife Patricia and son Gerard Jnr.

Apart from that, sources say Hutch has had two visits from his legal team — as he begins to study the case against him before the Special Criminal Court.

He is due to appear in court again for a brief hearing later this month, but his 13-week trial isn’t due to get started until October of next year.

In order to seek bail in the interim, Hutch must make an application before the High Court.

As this publication previously revealed, the detention of Gerry Hutch is a massive security and logistical challenge for prison authorities and gardai.

It is understood there is a round-the-clock garda presence outside Wheatfield Prison, while Hutch is also being kept relatively isolated at an end cell on the 3G Wing.

He is understood to be housed with 14 other prisoners, though sources say prison bosses are considering moving many of them off the same landing as Hutch.

And as this publication previously revealed, so concerned are the authorities for Hutch’s safety, he’s been deliberately placed in a cell that cannot be seen from the outside — amid fears of a Kinahan cartel spy drone.

“Drones have become a major concern in the prison and the Kinahans have been using them to try and monitor what’s going on as well as send in drugs and contraband in the past.

“There is a real fear that one could be used to try and monitor his movements inside, and so he’s now in a place where that is next to impossible,” a source said..

Hutch’s arrival in Ireland started with a whirlwind plane journey from Spain straight to an Irish court, where he was charged at 8.15pm with the murder of David Byrne in front of a packed room full of journalists and gardai.

Hutch was then immediately transported under armed guard to Portlaoise Prison, arriving at the maximum security facility at around midnight.

But he didn’t stay there for long. There, officers completed the necessary paperwork to authorise transporting Hutch from Portlaoise, where all Special Criminal Court prisoners normally go, to WheatfieldPrison in West Dublin.

It is understood Hutch was left sitting in a blacked-out van under armed guard as the paperwork was signed inside the prison which houses many of his sworn enemies.

Portlaoise Prison is home to Kinahan cartel killer Jonathan Keogh, who murdered the Monk’s nephew Gareth in May 2016.

Kinahan cartel lieutenant ‘Fat’ Freddie Thompson, who led much of the cartel’s campaign against the Hutches, is also imprisoned there.