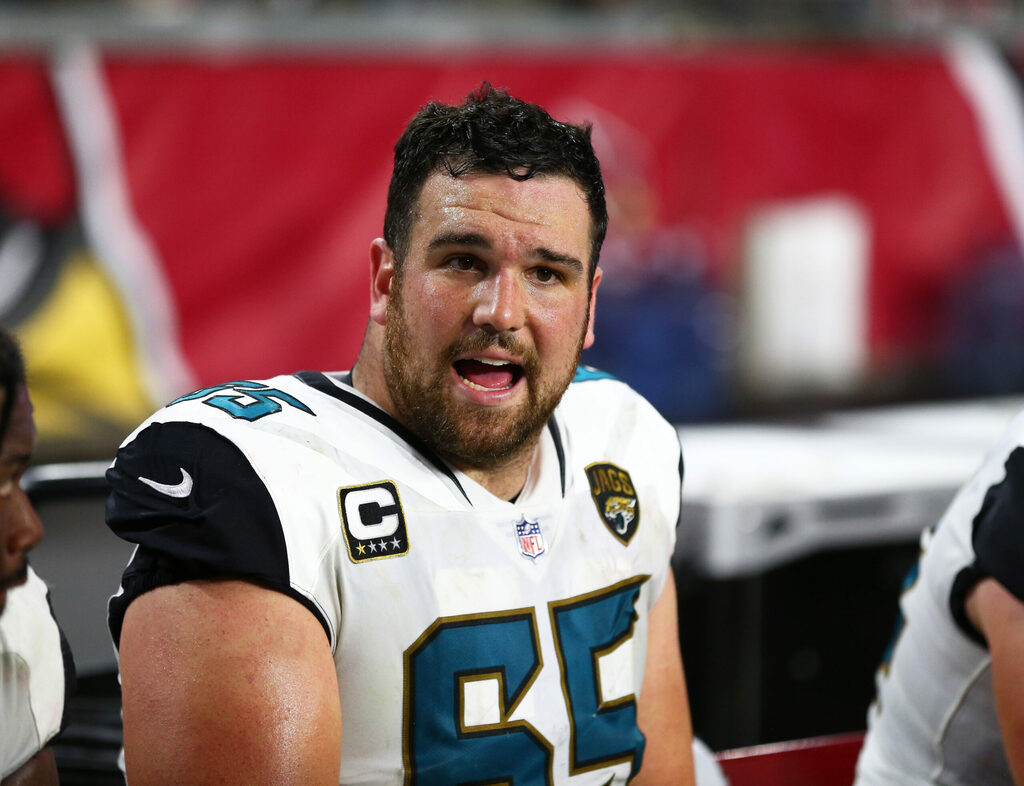 The Jacksonville Jaguars sustained a couple of notable injuries during Sunday’s loss to the Tennessee Titans and two of them were to starters. Of course, the biggest one was to center Brandon Linder, who was carted off after a fourth-and-goal play where Carlos Hyde was stopped behind the line of scrimmage.

Linder sustained the injury while in the pile, and though the broadcast angle wasn’t clear, it looked as though his leg was twisted in the scrum. With him exiting the game, the Jags replaced him with Tyler Shatley, who saw a total of 15 snaps.

After the game, coach Urban Meyer told the media that Linder’s injury was an MCL and ankle injury that may not be as bad as many initially thought. With that being the case, his situation will be worth monitoring throughout the week, starting with Monday afternoon when Meyer meets with the media again.

Urban Meyer says Brandon Linder’s injury is “not as bad as they first thought.”

The other starter who was injured was linebacker Myles Jack, who left the game with a back injury in the second half and was questionable to return. After his injury, backup linebacker Dakota Allen also sustained an injury (shoulder), which then forced Shaq Quarterman into action.

Heading forward, the situations of Jack and Allen will definitely be worth watching, too, as they could test the Jags’ depth at interior linebacker with a trip to London and a game against Miami coming up. As previously stated, some news could become available on Monday when Meyer speaks with the media, and the injury report, which comes out Wednesday, could also reveal a lot.