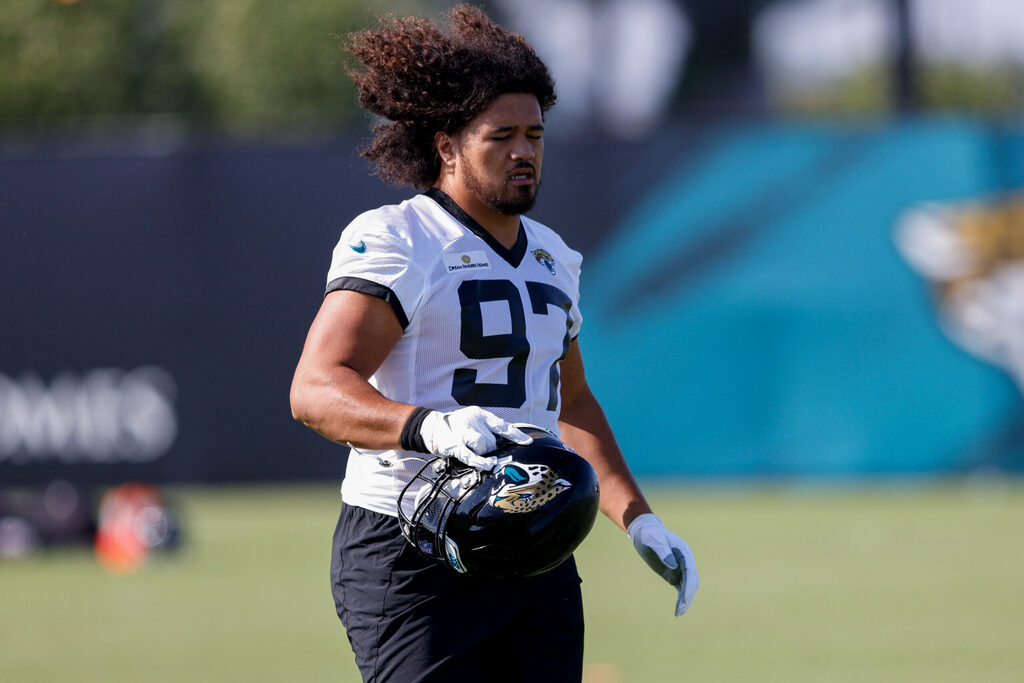 Jacksonville will be getting some additional depth in an area where it’s very much needed. Rookie defensive tackle Jay Tufele, who has been on the injured reserve with a broken hand since Oct. 29, is designated to return and could theoretically be back as soon as this week’s game against the Atlanta Falcons.

Tufele appeared in Week 5’s game against the Tennessee Titans, and he was supposed to be active for the game in London against the Miami Dolphins, but he broke his hand in pregame warmups and had to undergo surgery. Now, he is eligible to return to the active 53-man roster.

According to Big Cat Country’s Demetrius Harvey, Tufele was spotted at practice this past week sporting a cast and doing conditioning off to the side, but not much else. That would seem to indicate that Tufele isn’t especially likely to play on Sunday against Atlanta. The Jags have 21 days to activate him.

Tufele was expected to take on a bigger role before his injury with Taven Bryan struggling, but after Bryan’s improved play in recent weeks, Tufele may not see as much playing time. Regardless, the team has high expectations for Tufele, who was drafted in the fourth round with the 106th overall pick this past spring.