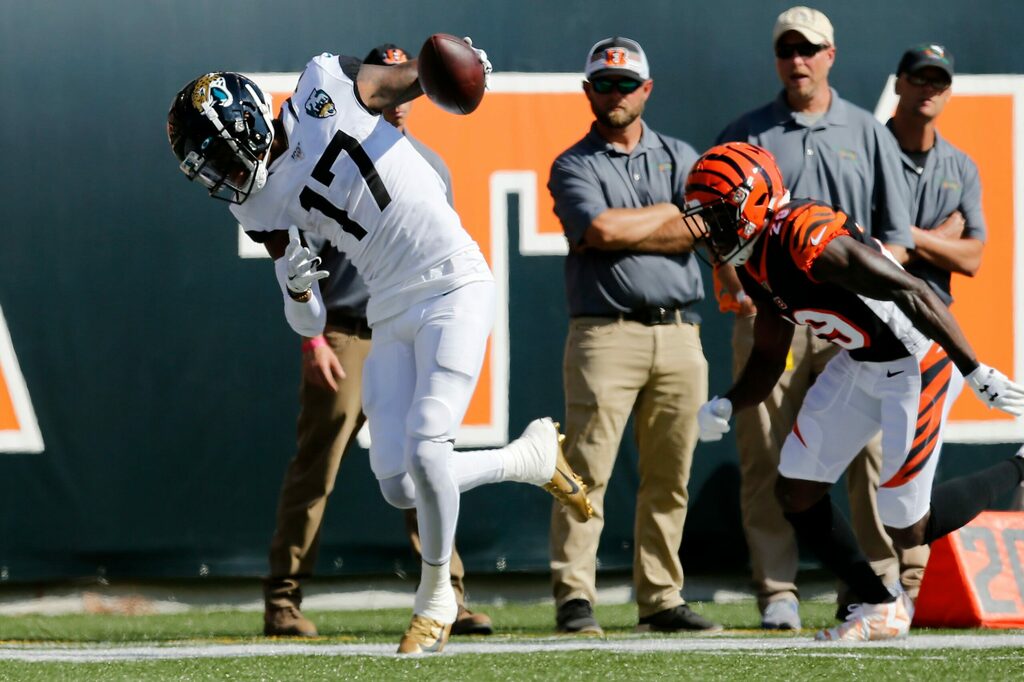 Both Chark and Cann exited Thursday’s game early against the Cincinnati Bengals. Chark’s injury occurred in the first series as he was stalk-blocking a defender at the bottom of the formation. Offensive tackle Jawaan Taylor accidentally landed on Chark’s ankle after being knocked to the ground from behind by running back James Robinson, and the injury resulted in Chark being carted off the field.

Playing in Cann’s place was second-year player Ben Bartch, who saw the field for 35 snaps on offense (62%). He previously had 26 snaps on offense when looking at the start of the 2021 season and Sunday’s game against the Tennessee Titans will mark his second career start.

Lastly, on Little, it’s possible he could be active Sunday with the Jags being down one lineman. If he is active, it would mark the rookie’s first time taking the field for a regular season game.