Jadu Partners With Grimes, Lewis Hamilton, And Snoop Dogg To Bring NFT Hoverboards To The Metaverse 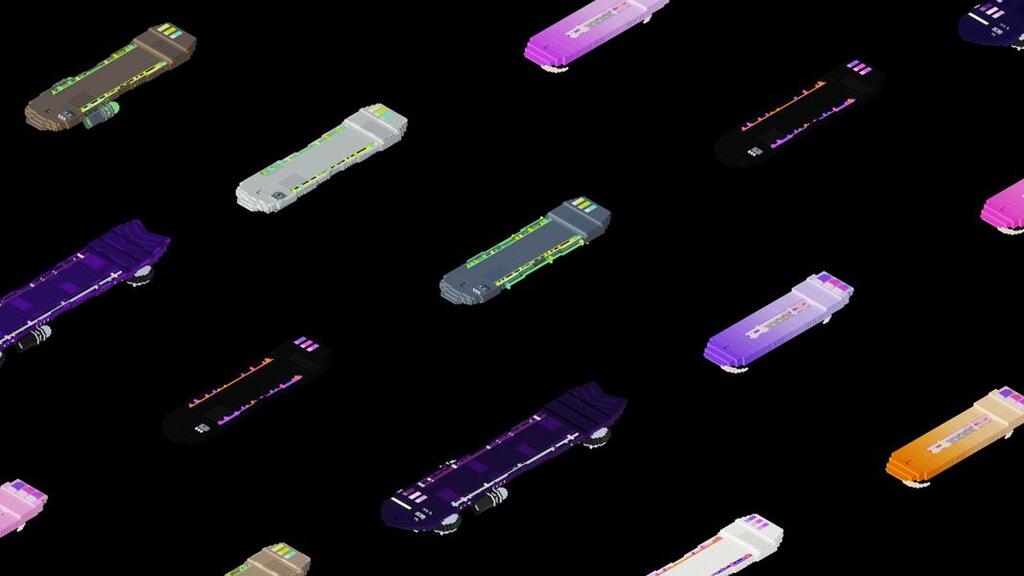 Jadu started out in holographic performance but have since set their sights on the development of an ambitious world-scale AR gameworld they are calling “The Mirrorverse” set to release next year. The game will involve 3D NFT avatars navigating the physical world with various Jadu game items designed for transportation which are rolling out now, in advance of the game’s release, as non-fungible tokens.

All of these NFTs have value within the game world, but the NFTs also have value in and of themselves as trade items. This is particularly true of NFTs created through collaboration with recognized artists.

Jadu is announcing today that their collection of NFT Hoverboards going up for sale next month will include collaborations with Seven-Time Formula One World Champion, Lewis Hamilton; Canadian musician and internet sensation, GRIMES; Legendary American rapper, Snoop Dogg; visual artist, Mimi Onuoha and NFT curator, Trippy. These artists will work with Jadu to design and release 5555 Jadu Hoverboard NFTs which will go on sale December 12 for a cost of 0.222 ETH.

The Road So Far

Forbes has covered Jadu in the past, when the company launched as a volumetric video app incorporating holograms of famous cultural icons like Lil Nax X. Jadu CEO Asad J. Malik and his team are veterans of AR who previously premiered their work at Tribeca and Sundance film festivals.

“A lot of the work we were doing at festivals were essentially these headset-based experiences using Hololens or Magic Leap,” Malik said in a phone interview. “Over the last couple of years, we’ve been focused on building AR that is more accessible.”

Accessibility is great, but it also has a market problem – to be accessible the experience has to be affordable, but it still has to pay the bills. It was only recently that a magic bullet presented itself.

“It’s been four or five months since we kind of transitioned into the NFT space. We’d been looking for different business models for AR and with NFTs it finally started making sense,” said Malik.

Building a Game World Around NFTs

The game that Jadu is building focuses on 3D avatars. Players can bring their NFT 3D avatars such as Meebits to the game but will have to navigate a three-dimensional space requiring three-dimensional transportation, purchasable as NFTs. Jadu’s first in-game collection of 1,111 Jadu Jetpacks went live in September and sold out in seconds, and has done $9 Million in secondary trading with the most expensive Jetpack going for the equivalent of $400,000.

Just like Jetpacks, Jadu Hoverboards will be compatible with 40,000+ avatars including popular collections like LarvaLabs’ Meebits, FLUFs, VOIDS, and CyberKongz, taking direct to avatar accesories to new heights. Players will be able to use their Hoverboards to travel to real world locations and find other in-game NFTs, and all Jetpack owners will be airdropped Hoverboards for free.

“In the game, over time, there will be situations where you need different Jetpacks or different Hoverboards,” explained Malik. “It kind of gamifies this experience of owning assets that make our players our stakeholders.”Although these partnership Hoverboards might be worth hundreds of thousands of dollars in the secondary market, they will be minting for the same price as all of Jadu’s other Hoverboards. It is up to the collector’s luck what Hoverboard they receive and how rare it will be.

“When people think of AR they often think of Snapchat and Instagram filters. Similarly, NFTs have a reputation of being overpriced JPEGs. It’s important for us to show that AR is a delightful new way for us to engage with our space and planet. Meanwhile, NFTs can serve as a new way to build incentive systems for communities that allow monetary value generated by gaming platforms to be shared with their players, ” said Asad J. Malik, CEO of Jadu.

Where The Artists Come In

In designing their own Hoverboards, the artists naturally contribute scarcity and demand among fans. A board created by an artist like Grimes or Snoop Dogg or an athlete like Lewis Hamilton will naturally have a certain fan appeal and an aesthetic flair that becomes important for users representing themselves in a social AR world. Different items also have different properties and stats that will make a difference in gameplay.Grimes is no stranger to NFTs as her release earlier this year was one of the first from a major artist. Snoop Dogg is also participating deeply in Metaverse gaming with a huge collaboration with the Sandbox and now with Jadu. For Lewis Hamilton, a passionate supporter of the arts, design, and STEM, this will mark one of his earliest activations within the Metaverse. Mimi Onuoha is a Nigerian American visual artist and academic whose work examines the effect of data collection and technology on society. Trippy is an NFT curator who runs the largest online psychedelic art community. He also collaborated with Jadu on ultra rare Jetpacks that are currently selling for $50,000+.

With Jadu’s focus on building utility based NFT game assets and a track record building successful AR, it’s anyone’s guess what other Metaverse items the company’s gameworld brings to us next.

The future is wide open for creators like Malik and for artists that partner with visionary founders. Maybe a flying car designed by Christopher Lloyd? It could happen. The sky’s the limit – unless you have a Jetpack.