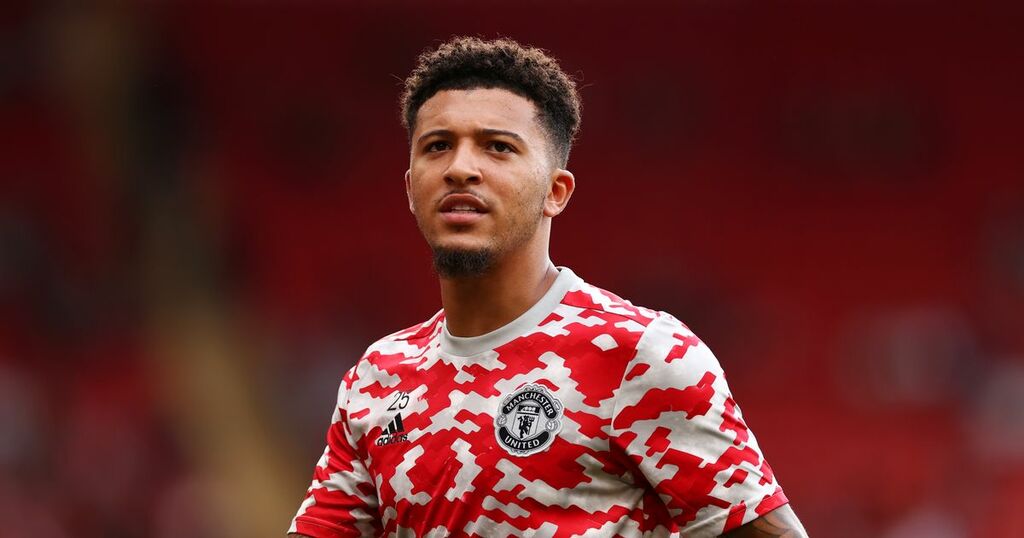 Sancho had been picked by Gareth Southgate for England's World Cup qualifiers this international break but didn't make the squad for Thursday's 4-0 victory over Hungary after sustaining a knock in training.

It was subsequently announced on Saturday that the United winger had withdrawn from the squad due to the injury and would miss the 4-0 thumping of Andorra and Wednesday's match against Poland.

The 21-year-old returned to Carrington to continue his rehabilitation though the injury, as expected, was not a serious one and he has already returned to training on Tuesday with his United teammates.

One such teammate includes a certain Cristiano Ronaldo, who took part in his first training session since making his stunning return to the club last week.

United have paid an initial €15million to Juventus in order to bring the 36-year-old back to Manchester in a deal which could rise to €23million.

Ronaldo has reported for United training ahead of schedule after he left the Portugal squad early as he is suspended for their final match of the international break against Azerbaijan due to an accumulation of yellow cards.

Ronaldo is now in contention to make his second United debut against Newcastle United on Saturday, a game which Sancho is expected to be available for as well.