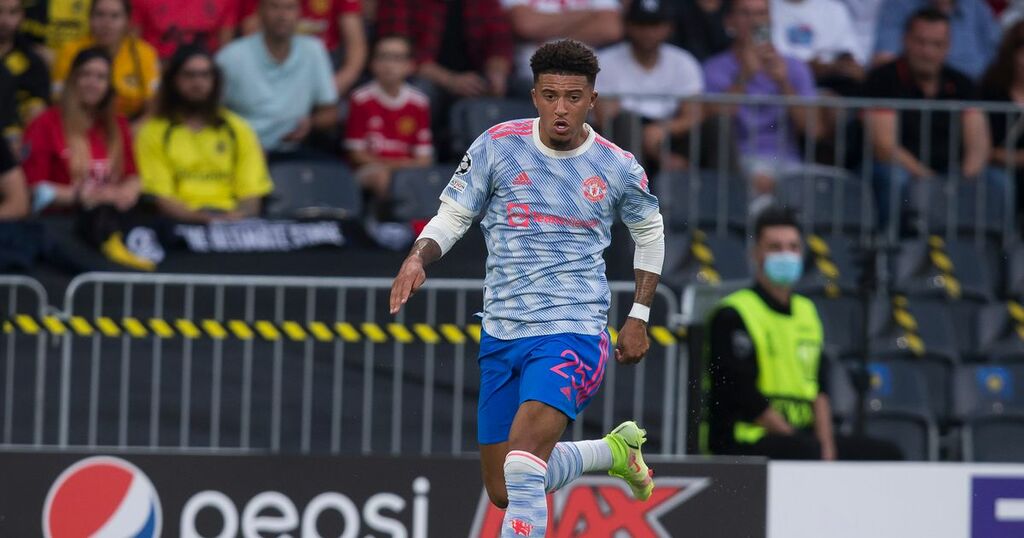 Martin Keown reckons Jadon Sancho's confidence will have taken a massive hit after he was 'dragged off' in the defeat to Young Boys after Aaron Wan-Bissaka was sent off.

Manchester United's £72million summer signing was sacrificed as he was substituted after the right-back was given a red card in the first half of United's Champions League opener.

The Red Devils were in control of the game up until that point as Cristiano Ronaldo fired the visitors in front, but the sending off completely changed the outlook of the game as Youngs Boys stormed back to secure a 2-1 victory.

United had to defend their lead as the hosts piled men forward at every opportunity.

HAVE YOUR SAY : Did Solskjaer make the right call in taking Sancho off? Leave a comment below .

The Swiss side would eventually make their dominance count as Moumi Ngamaleu scored an equaliser, before Jordan Siebatcheu sealed the three points with a dramatic winner in stoppage time after a Jesse Lingard error.

Sancho was the unlucky player that had to be taken off to accommodate Wan-Bissaka's dismissal.

And Martin Keown reckons it won't have done his confidence any good after a difficult start to his United career.

The former Arsenal defender said on commentary for BT Sport: "Sancho's confidence won't be any better after being dragged off in that manner."

Sancho will feel hard done by, but the England winger was having a difficult evening up until that point, which has been a similar theme since joining the Red Devils.

Solskjaer started the forward on the right-hand side, instead of his usual position on the left, to see if that would bring any joy.

But the change didn't really work out as he was wasteful in the final third in the first half before he was hooked for Diogo Dalot.

Sancho has struggled in his opening few games for United after arriving from Borussia Dortmund in the summer.