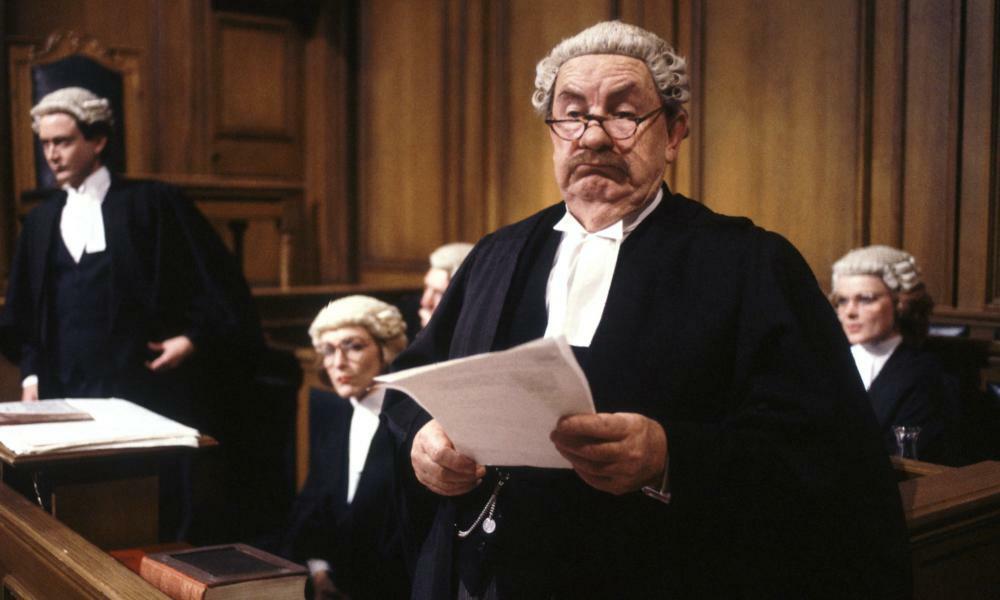 The television producer Jacqueline Davis, who has died aged 89, is best known for the series Rumpole of the Bailey, which ran from 1978 to 1992. Jacqui “could win the hearts of that most brutal and intractable of bodies – a film unit on location,” said the series creator, and her friend and collaborator, John Mortimer.

The programme starred Leo McKern as the ageing barrister Horace Rumpole, alongside Peggy Thorpe-Bates, Peter Bowles and Patricia Hodge. Rumpole was an everyman’s hero, defending criminals from all walks of life. His exploits were so popular that his stories were told in other media, including the books in which Mortimer novelised Rumpole’s trials until 2006. There are Rumpole societies all over the world; Jacqui once travelled to San Francisco to speak to one.

Jacqui had been introduced to Mortimer by Verity Lambert, head of drama at Thames Television. The pair instantly hit it off, their creative connection apparent from the start. The success of Rumpole led them to form a production company, New Penny Productions, in 1989. Their output was prolific, and included the TV drama Paradise Postponed (1986), which explored why the Rev Simeon Simcox left the millions of his brewery estate to the opportunist Thatcherite politician Leslie Titmuss (David Threlfall). In the 1991 sequel, Titmuss Regained, the loathsome Titmuss was forced to choose whether to sacrifice his political beliefs to save the village. Under the Hammer (1994) followed, in which Richard Wilson portrayed a preposterous auctioneer who would go to great lengths to authenticate a different auctioned item in each episode. Jacqui remained director of New Penny until her retirement in 1995.

She was a skilful producer, and led each step of the production process with easygoing verve. She was not just good at her job, though. She was warm and kind, and brought to Rumpole a friendly good-humour that was reflected in the tone of the show. Like Rumpole, Jacqui championed the underdog, and treated all cast and crew members equally.

As manager of drama at Thames Television from 1968 she oversaw the first broadcast of plays in the afternoon. In 1970 she was made associate producer on Man at the Top, starring Kenneth Haigh, and the following year took the same role on Armchair Theatre. Shortly thereafter, she became a producer.

She made more than 100 episodes each of the popular daytime dramas Harriet’s Back in Town (1972-73) and Rooms (1974-77). She went on to produce drama series such as Zodiac (1974), Killers (1976) and Armchair Thriller (1978-81). Her later successes included Not a Penny More, Not a Penny Less (1990), a TV film adaptation of Jeffrey Archer’s 1976 novel of the same name. David Nobbs’s screenplay of Love on a Branch Line by John Hadfield, which starred Michael Maloney as the civil servant Jasper Pye, was Jacqui’s last work to be broadcast, in 1994.

Born in Finsbury Park, north London, Jacqui was found abandoned in a guesthouse in Clapham, south-west London, at six weeks old, and was adopted by the owner, Muriel Purdy. She was evacuated to Surrey during the second world war, and returned four years later to Palmers Green, north London, where her family were now living. She attended Winchmore secondary school, which she did not enjoy, and aged 14 left for technical college. She thought she would learn drawing and dress designing. Instead she was forced to take shorthand, typing, mathematics and bookkeeping; all “horrible subjects” as far as she was concerned.

Jacqui’s accidental enrolment in secretarial school would, however, stand her in good stead. She married her childhood sweetheart, Guy Davis, who worked for ICI, in 1951. Five years later Guy’s work took them to New York. Jacqui easily found a job with CBS, one of the biggest commercial television stations. She was production secretary on The Seven Lively Arts (1957), an 11-episode anthology series that aired on Sunday afternoons, hosted by John Crosby and executive produced by John Houseman. After three years she returned to Palmers Green and became a researcher on Kenneth Clark’s first art history programmes.

In the early 60s, Jacqui decided to take a break from television to pursue her early dream of designing clothes. The Jacqui Davis Boutique opened its doors in Crouch End, where she designed and sold women’s clothing and cufflinks. Jacqui enjoyed being a business owner and designer but, having been surrounded by people all day long in television, did not enjoy spending so much time on her own. Following the breakdown of her marriage in 1967, she returned to television as a production assistant for ABC and then Thames Television.

In the summer of 1963 Jacqui bought an empty greengrocer’s shop in south-west London. Over the course of a year, she renovated the building into the house she would live in for the rest of her life.

Jacqui is survived by a brother, Angus, and a sister, Pamela.