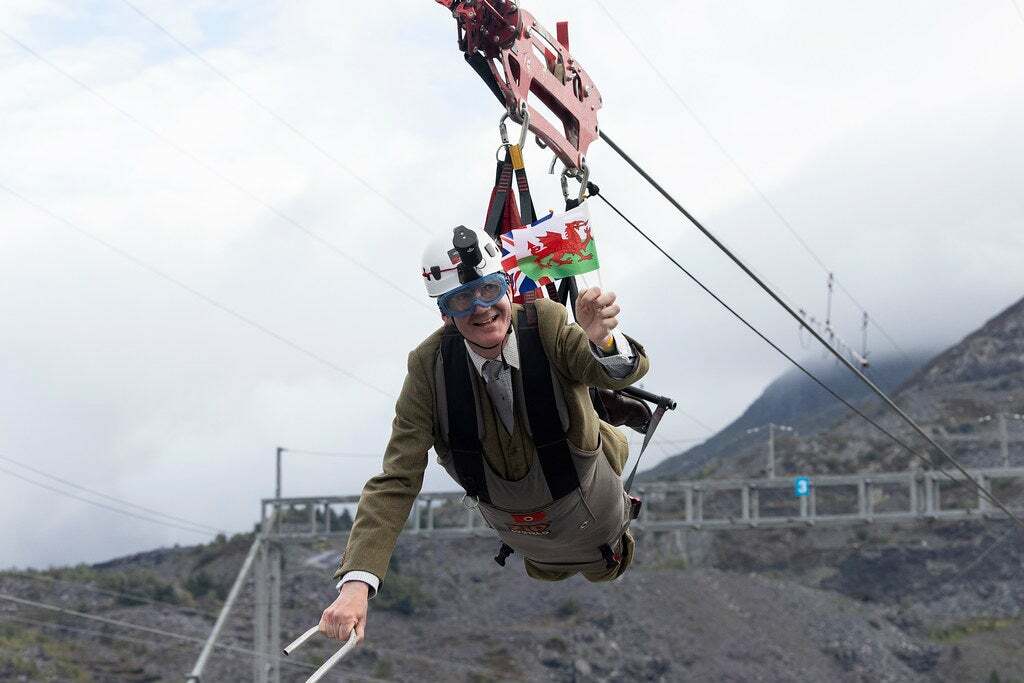 In the latest Tory photo opp, Jacob Rees-Mogg, leader of the House of Commons, was spotted zooming down a zip wire in a tweed suit earlier this week, and we’re as confused as you are.

With the flags of Wales and United Kingdom in his hand, the Conservative zoomed down Velocity 2 – dubbed “the fastest zip line in the world” - at Zip World, in North Wales.

It isn’t the first time that a Tory politician has been spotted on a zip wire either, of course. Back in 2012, when he was the Mayor of London, Boris Johnson got stuck on one in the capital.

An image of Johnson dangling in Victoria Park soon went viral, and is often cited in montages of the Tory leader’s memorable or calamitous moments.

The Daily Mail reports that, when asked if his zip lining suggested plans for No 10, Rees-Mogg replied: “God no. I want the PM to carry on being PM because he’s great at it.

When the images were shared to Twitter by Tony Driver, political correspondent at The DailyTelegraph, people expressed their shock at the photos:

What fresh hell is this?

Really thought this was a joke on first and second inspection

I now want this photoshopped, with no wire and a rocket pack. https://t.co/GTaqmaKE4N

Others, joked about what the stunt will mean for Welsh independence:

Then there were, of course, those who had flashbacks to that incident involving Johnson:

Next Prime Minister confirmed? Is this part of the succession plan? https://t.co/u79TP5e9UW

Who’s next for the zip line, we wonder?