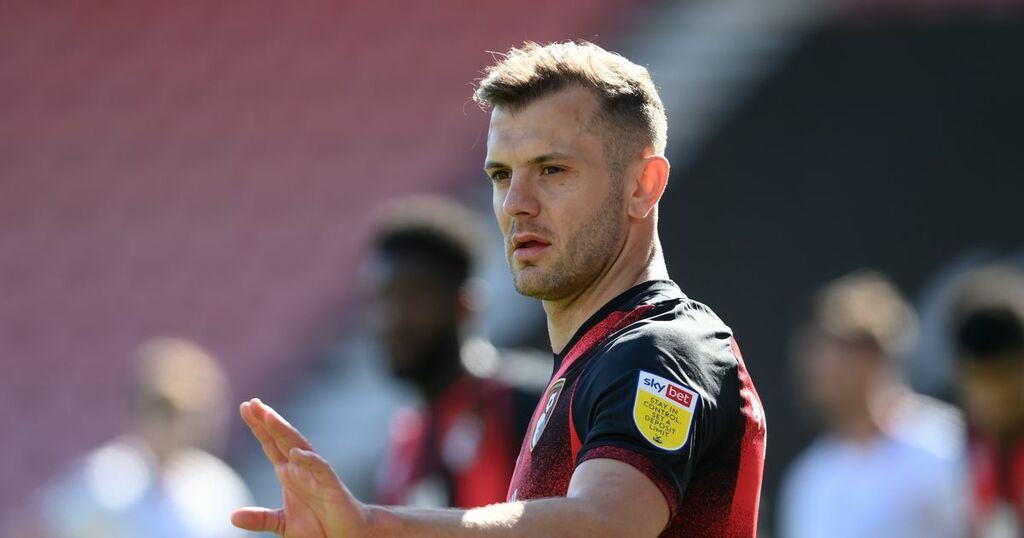 Former Arsenal and England midfielder Jack Wilshere is hopeful of beginning talks about a return to the Gunners, three years since he left to join West Ham United

Wilshere burst onto the scene with the North Londoners in 2010, before becoming a first team member at the beginning of the 2010-11 season after a successful loan spell with Bolton Wanderers.

However, having been released by Bournemouth last season, he is currently without a club for the first time in his career.

The 29-year-old was once touted for great things for club and country after shining in the first-leg of Arsenal’s 2-1 home victory against Barcelona in the 2010-11 Champions League season.

Ten years on, Wilshere could be set to begin training with the Gunners.

"Being around good players, training with world-class players and as well just being in a team environment is something I'm interested in,” said Wilshere.

"I'm sure that I'll have a conversation with someone at the club over the next couple of days."

Arsenal boss Mikel Arteta appeared to be open to the idea of the 34-time capped former England international linking up with the Gunners again.

When asked about the possibility of Wilshere joining in with training, Arteta appeared to have a very open mind.

“Jack’s a great guy and someone I used to share a dressing room with. He’s loved here,” said the Arsenal boss.

“The door is always open”.

This beacon of hope from the former Manchester City assistant manager has also resonated with Wilshere.

Could Wilshere still do a job for Arsenal? Have your say and join the conversation below

Asked whether or not he would take Arteta's offer up, Wilshere said: "It can only help me.”

"To hear the manager - who I played with, who I had a good relationship with, I really enjoyed playing with him, sharing the dressing room with him - to hear him come out and say the door is always open is nice.”

Arsenal finally grounded out their first win of the season.

Pierre Emerick-Aubameyang bundled in a scrappy second half goal to secure what could be a vital 1-0 win against Norwich City at the Emirates.

Before the contest, Arteta’s side were rock bottom of the Premier League with a 100% scoring record.

Their goal difference of -9 also meant a win was paramount if they wanted to avoid finishing another game-week propping up the table.

While their display against the Canaries was far from vintage, Arteta was relieved to secure his first win of the season.

"After three defeats things get complicated," he added.

"They were ready to suffer today but they just give, give, give to the team.

"You have to win football matches but it is a joy to watch how everyone was behaving around the context that we had around."

Arsenal face a difficult trip to Burnley in their next Premier League match, before hosting AFC Wimbledon in the third round of the League Cup the following Wednesday.