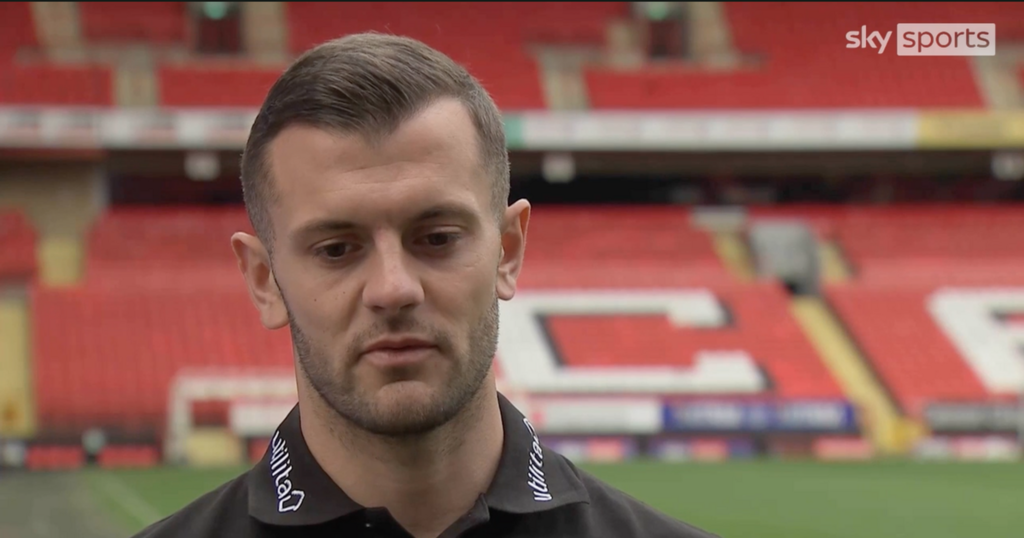 Jack Wilshere has admitted that he is ‘loving’ his return to Arsenal’s London Colney training ground, but he cannot see himself playing for the club again.

Mikel Arteta and the club made the decision to allow the 29-year-old to train with the Gunners until January whilst he continues as a free agent.

Although he is enjoying his time at London Colney and working hard to improve, he is yet to agree a deal with any potential suitor, which of course is the ultimate goal.

“Yeah, I’m loving it. It’s really nice to be back to see a lot of old faces who I spent a lot of my life with, and also to be back training with good players, good quality is only going to be beneficial for me moving forward,” he told Sky Sports.

“Fitness wise, I’m getting there. I was obviously training on my own for a while and that can only take you a certain amount of the way. There’s still other parts of training that you need to do and to tick off before you can go and play matches.

When asked whether he’ll ever play for Arsenal again he smiled and said: “I don’t think so. I think the training shirt at the moment is enough for me.”

Wilshere is completing his coaching badges with Arsenal and was spotted at an academy game last week. However, he has insisted that he still has a lot to offer as a player and isn’t ready to venture into that side of the game just yet.

And in a statement that Arsenal fans will enjoy, he believes that the future is bright for the Gunners under their current boss.

“It’s good to see some old faces but to work with the manager has been good as well,” he added.

“I’ve trained with them a couple of times and to see the way he trains, and [the way] he wants his team to play is good and I think the future’s good for them.”