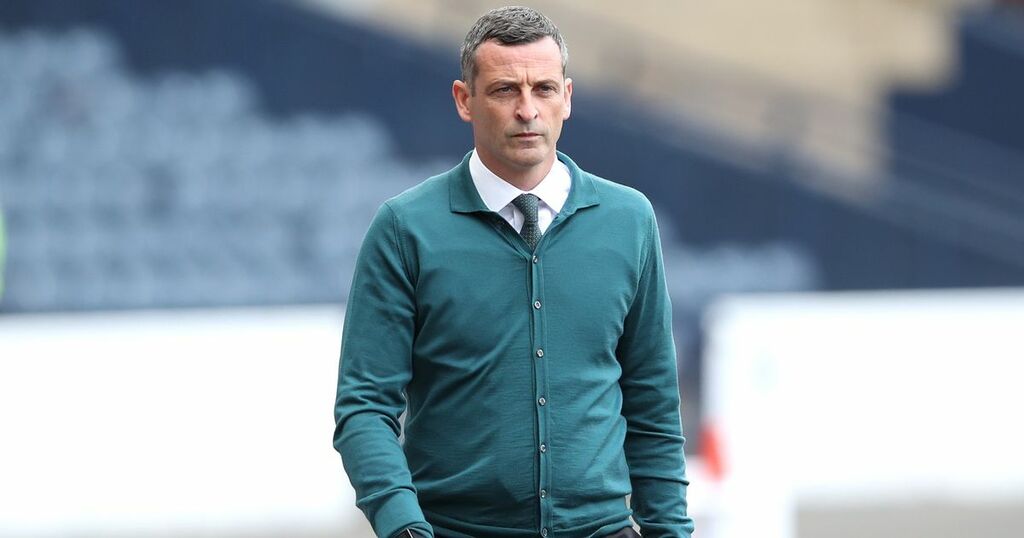 St Mirren’s Jamie McGrath was a long-term target and the Easter Road club also missed out with a late move for Barrie McKay who signed for Edinburgh rivals Hearts.

A deadline day swoop for McGrath would have seen Scott Allan and Drey Wright head in the opposite direction to Paisley as makeweights as well as a transfer fee.

As it is all three players remain with their clubs after Hibs ran out of time to get the deal over the line ahead of the deadline.

A section of the Hibs support reckon more could have been done by the club to strengthen their squad.

But Ross, who added seven players in the window while keeping hold of prize assets Kevin Nisbet, Josh Doig and Martin Boyle, insists his table-topping squad is in good shape ahead of Sunday’s derby.

He said: “I was consistent in the areas of the squad we needed to strengthen. One area - middle to front - we weren’t able to do.

“We continually try to identify really good players to bring to the club. We tried to do that at the closure of the window.

“We weren’t able to do so, it’s disappointing and a little bit frustrating in that respect but I still have enormous faith in the group we have put together and they have shown why I have that trust in them with what they’ve produced over the last year and a half.

“There’s a little bit of frustration but I would say we have been really patient in our recruitment.

“It’s easy to sign players for the sake of it and add numbers to your squad but we continually work to ensure when we bring players in it’s to strengthen the group and I think we have recruited successfully in recent times.

“That’s shown with the number of sellable assets we have in the group and that’s changed remarkably over the last season and a half as well.

Asked specifically on the failure to sign free agent McKay who is now set to line up against his side at Tynecastle this weekend, Ross told Sky Sports: “We have tried to ascertain whether or not there’s a possibility of us recruiting players, there’s lots of dynamics come into that - a player’s appetite for the challenge, the financial aspect.

“There’s a lot of players we do that with before we put an offer in front of them.

“I’m reluctant to talk about individuals as I’d be here all afternoon talking about players we have been linked with or who suggestions were that they were on the brink of coming to the club when the truth often is that that’s not the case.”

With the move for Ireland international McGrath breaking down, Allan and Wright have been left to fight for their place in Ross’ squad.

Former Hibs ace Tam McManus claimed in his Record Sport column that both players had been hung out to dry.

But Ross insists it’s nothing he can’t handle.

He said: “I can understand the perception from the outside but I deal with problems every single day as a manager.

“You deal with players’ issues, happiness, complaints, disagreements with your decision making.

“It’s okay in that respect, I’m used to dealing with it and as long as you offer them an insight to your thought processes and understand where they are at at any given point then I think you are in an okay place.”