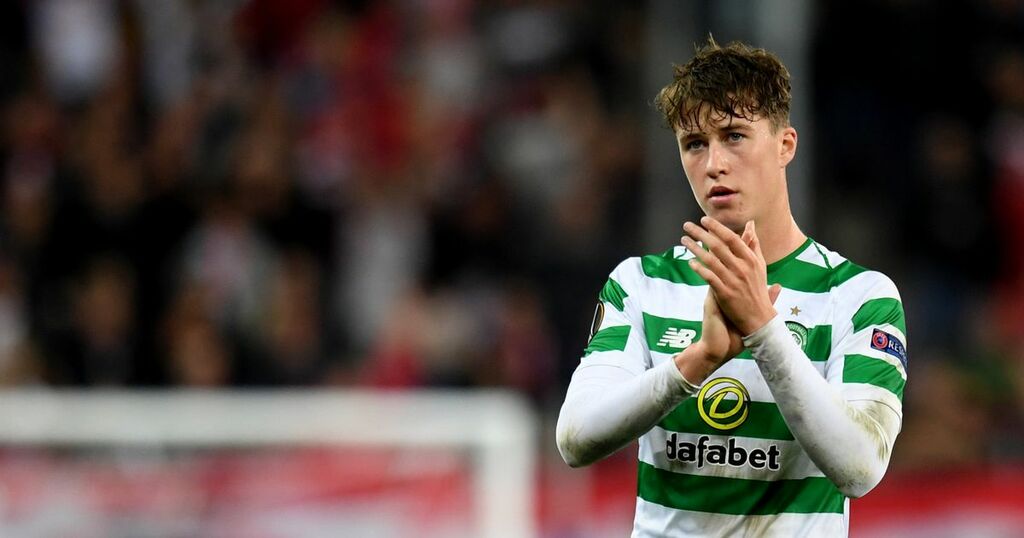 Scotland star Jack Hendry insists he's out to make up for lost time at Celtic by impressing on Champions League nights with Club Brugge.

The centre back is set to line up against the likes of Lionel Messi, Neymar and Kylian Mbappe on Wednesday night when Club Brugge welcome PSG in their Champions League opener.

It's a far cry from when he was at Celtic Park and struggling to get a game under Brendan Rodgers and Neil Lennon but he then moved on to Oostende before getting a big money move to Club Brugge.

He impressed in the Belgian top flight on loan last season and is now determined to do the same at one of the country's biggest clubs - starting with this week.

He told BBC Scotland: “It’s just about turning negatives into positives and not getting too low.

“It’s very difficult and at stages of my career I’ve thought ‘is this the right road you want to go down?’ But you’ve got to just lean on the right people at the right times and back yourselves and I think the main thing is to keep believing in your ability because when you lose that it’s a situation which isn’t good and you might go down the wrong path.

“For me it’s just to keep repeating to myself I can do it, my time will come, working hard and I’ve got the ability to get me there.

“It’s just repetition to keep going over and believing in my ability. Whether that’s looking back at certain games you play well or certain things you’ve done well throughout your career and leaning on the right people at the right times is really good for you.

“If you get good people around you it puts you in a good place. You’ve got to go out and do it and I felt the stage I created last year was a good environment for me and the right set up where I could go and express myself.

“I always thought if I get someone who backs me and gives me that opportunity I’ll repay it and that’ll hopefully be the case at Club Brugge.

“It’s starting to show at international level as well and hopefully I can make that position my own in the Scotland set up and keep on pushing and see how far I can go.

“I’m getting to an age now where I’m starting to gain a bit of experience. I’ve lost out on a few years but hopefully I can make up for that now with nights like Wednesday."

Hendry is one of the few Scottish players who have headed to Europe in recent years instead of believing England is the only option. Serie A duo Liam Henderson and Aaron Hickey are two others.

And the centre-back reckons more young players in the SPFL should make the move abroad and use him as an example of how they can do it.

He added: “I'd say to any lads out there thinking to move abroad to use me as example that it can work and if you back yourself and put yourself in the right mindset you can go and achieve the things I’ve done.

“I think Scotland players get looked down and hopefully people see me and think we can go abroad and make a name for ourselves.

“I’ve got a great stage to do it now at Club Brugge and hopefully I’ll keep progressing the way I have over the last year.”