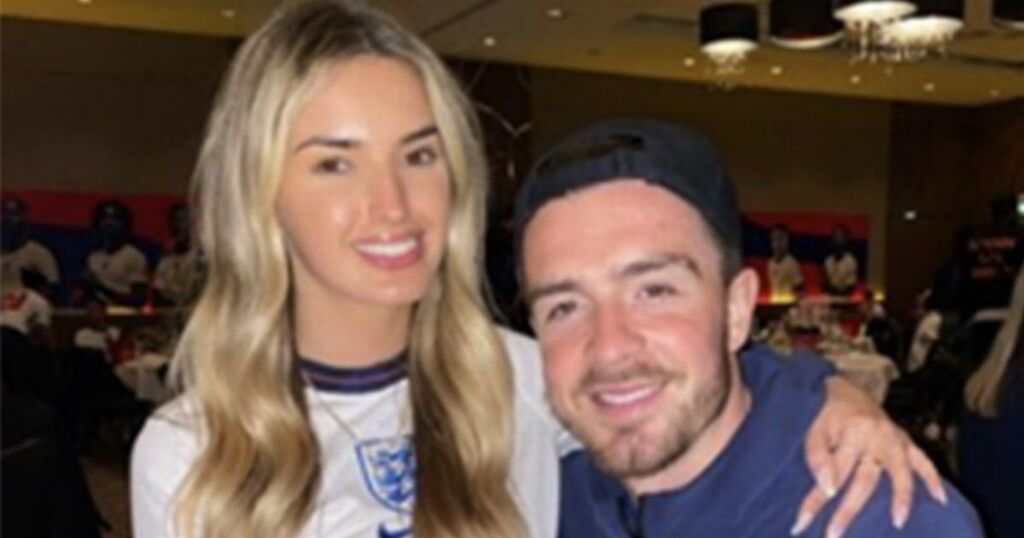 Model Sasha Attwood has confirmed she is still very much an item with football sensation Jack Grealish as she shared a sweet social media post to celebrate his birthday.

The 26-year-old was also seen to have liked a few of Love Island beauty Lillie Haynes ' racy bikini snaps on Instagram.

But Sasha wasted no time in pouring cold water on rumours the couple might have split with a touching post the mop-haired sportsman.

She wrote: "Happy birthday my babe loving you always,” to accompany a collage of sweet snaps of the loved-up pair.

One snaps shows Sasha sat smiling on Jack’s knee wearing an England top, while another loving photo shows her boyfriend planting a smacker on her cheek.

Another photo shows the glammed-up pair before a night out, while the fourth shows the pair looking happy and relaxed on a private jet.

Sasha also added a few love heart emojis to show her love for her childhood sweetheart.

Jack met model Sasha aged 16 and they have been together ever since.

And not done there, Sasha also posted some cute pics of their cockapoo dog Skye.

"Can't believe a year ago today we got our baby Skye,” penned Sasha. “Thank you for bringing so much love and happiness."

There were four adorable pics of the furry pooch as birthday wishes flooded in for one of the Premier League ’s most talented players.

Jack, who signed for Manchester City for a whopping £100 million in August, re-shared Sasha’s social media posts with his 4 million Instagram followers and from many other well-wishers who wanted to say happy birthday on his bid day.

His sister Holly Grealish was one of those keen to celebrate her bro’s birthday, as was Coronation Street star Andy Whyment.

Andy shared a snap with Jack on his Instagram feed and said: “Happy birthday @jackgrealish. Have a top day mate.”

Sasha’s post comes after Love Island stunner Lillie was left squirming after she was quizzed about Jack on the Love Island reunion show.

Presenter Laura Whitmore quizzed Lillie, 22, after she was spotted with Jack.

"I wanna know where you're at because I've spotted some pictures, yes I've seen them. Jack Grealish, what's going on?"

Lillie then shook her head and quickly buried her head in her hands before laughing.

Laura giggled and asked the audience: "Who said: 'Oh my God?' We saw pictures, what's going on?"

However, Little insisted: "Nothing! Nothing!"