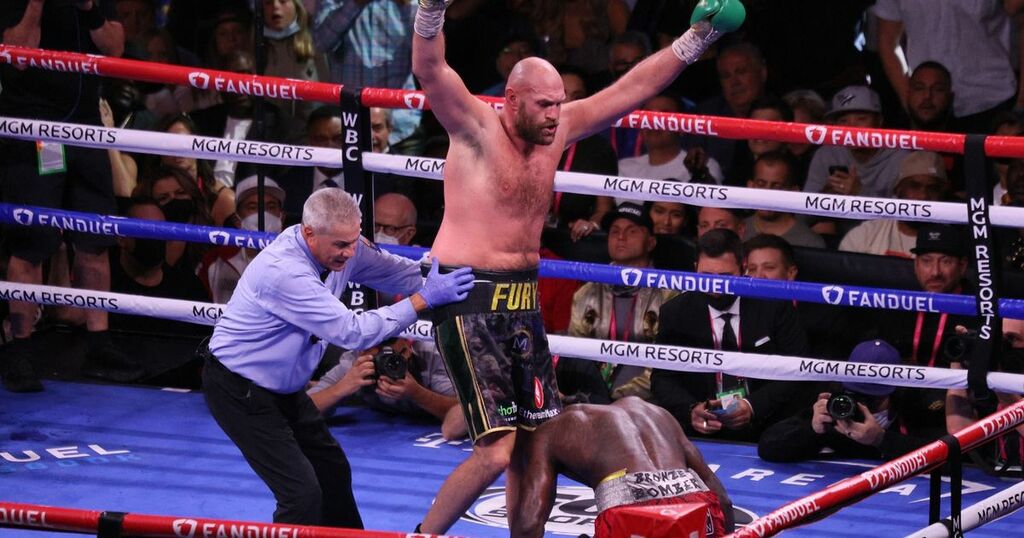 Jack Catterall has backed Tyson Fury to remain undefeated against any heavyweight after his victory over Deontay Wilder.

The 'Gypsy King' recorded a second consecutive victory over Wilder, with a destructive eleventh round stoppage in Las Vegas.

And the fight has been dubbed by many as one of the greatest modern-era battles, after Fury recovered from a double-knockdown to clinch the win.

Catterall was equally as impressed with Fury's display, and admitted he may now be "unbeatable" after Wilder came up short again.

"I had a couple of questions before the fight, we had heard whispers of training not being one-hundred percent," Catterall told Mirror Fighting . "But he certainly answered all of them questions in the fight.

"I really don't thin in this era, or anyone in the top-five or ten heavyweights can beat him, we've got Wilder who is up there as the biggest punchers in the heavyweight division and he climbs off the floor.

"But not only did he get off the floor, and actually came and hunted him as soon as he got dropped. He can box, he can move and obviously possesses the power to really hurt people.

"He does the talking, then backs it up and I was really impressed, and I only think Fury will get beaten if he doesn't prepare well, which I don't see happening any time soon."

Fury has been linked with a whole of host heavyweight rivals since his explosive victory.

The leading candidate to be his next opponent comes in the shape of Dillian Whyte, who was made WBC mandatory challenger.

Will anyone beat Tyson Fury? Let us know your verdict in the comments section below.

Both have exchanged on social media ahead of the trilogy with Wilder, as Whyte continued to ramp up the pressure on a potential meeting.

But 'AJ' was comprehensively outboxed by Oleksandr Usyk to lose his unified titles last month.

And the former two-time champion now faces a second shot at redemption, in the same fashion as he overturned his defeat to Andy Ruiz last year.

Despite his rival's defeat, Fury's promoter Frank Warren has insisted his fighter remains interested in a "massive" meeting between the pair.

"Tyson always felt, and I think anybody who watched the fight against Wilder would agree, that he had AJ’s number," Warren told talkSPORT.

"For me, he beats him in every department. He’s got a great chin, a bigger heart, he punches as hard as AJ – I don’t care what anyone says, look at those knockdowns against Wilder.

"And, by the way, would AJ beat Wilder? I don’t think he would have done, on that performance I saw. But does he [Fury] want the fight still? If it’s there and if it was to happen, that’s a choice he’ll make.

"I still think it would be a massive draw, everybody has got an opinion about what would happen in that fight, but for me there’s only one winner there. And who knows, it could go on.