By Tess McClure in Christchurch 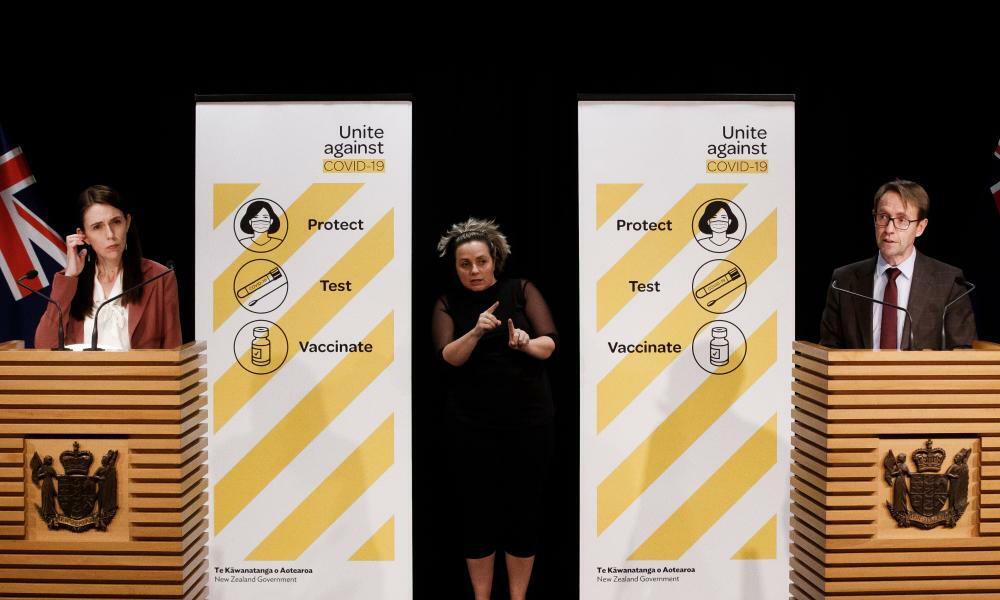 New Zealand’s Covid cases continue to plateau, with 21 new cases announced on Tuesday. The country has reported 20 cases a day for the past three days in a row.

All of the new cases are in Auckland, the city which remains in a level four lockdown. The rest of the country will come out of lockdown tonight, although some restrictions remain on gathering size and using masks in some public places.

Just over three-quarters of the new cases were in isolation throughout their infectious period, and all but one were epidemiologically linked to existing cases in the current outbreak.

The director general of health, Dr Ashley Bloomfield, said seven of the new cases were in a single whānau, or extended family. The government will be hoping that as Auckland’s lockdown continues, cases will be restricted to transmission within households, and infections will gradually peter out. The total number of cases in New Zealand’s current outbreak is ​​841.

The prime minister, Jacinda Ardern, also announced that the government was “finalising arrangements” to secure extra doses of the Pfizer vaccine in order to keep up with the increased pace of its rollout.

New Zealand is vaccinating 1.5% of its population a day. “At our peak in recent weeks, we’ve been vaccinating more people per capita than countries like the UK, the US, Australia and Canada were at their peaks,” Ardern said. The country has administered 1.1m doses in the past two weeks.

Although she could not confirm the specific quantities, Ardern said the extra supply the country had secured “will enable us to maintain our extraordinary vaccination rates throughout September until our bulk deliveries land in October.”

While it has ramped up significantly, New Zealand’s vaccine rollout is still one of the slowest in the OECD. Just over half of the country’s population has had a first dose – or 62% of the eligible population, which is those over 12 years old. 32% of the 12+ population, or 27% of the total population, are fully vaccinated. The government has come under fire for that sluggishness, and for not securing enough vaccine supply earlier in the year.

National party Covid-19 spokesperson Chris Bishop called Tuesday’s announcement “good news” but said it nonetheless left questions as to why the government had not secured extra doses earlier in the year?

“The government shouldn’t have needed a Covid Delta outbreak in the community to spur it into action. It should have been securing as many Pfizer doses as quickly as possible from the start of this year,” he said.

“Now it has taken an outbreak for the government to swing into action and go and scrounge vaccines from elsewhere in the world to make sure we don’t run out.”